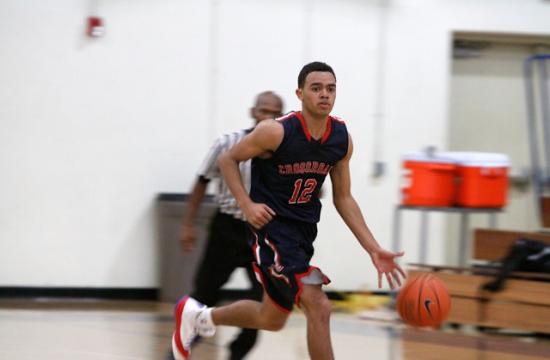 Crossroads hosted St. Bernard on Tuesday night in basketball with the Santa Monica players finding the visiting team to be a solid competitor.

It was a back and forth battle with multiple lead changes throughout. Going into the locker room at halftime, the Crossroads Roadrunners led by one point. By the last two minutes of the game, Crossroads trailed by four.

However, Crossroads star Brandon Tillis put up a huge three pointer and gave the team a two point lead. Tillis sunk two free throws with three seconds left on the clock which proved to be pivotal as St. Bernard hit a three-pointer at the buzzer and ended the game, 52-51 Crossroads.

Ethan Zakarin had a huge game in the low post and tied Brandon Tillis’ 18 points for the game.

Charlie Hall scored eight points while Nicky Shapiro put up six. The team is in flight to Maui where they will be facing Colony Alaska for the first round of the Lahainaluna Tournament this afternoon.