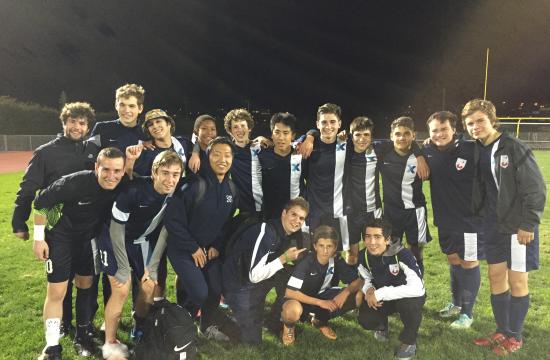 Coming off an impressive win in their first week of competition against El Segundo, the Crossroads Boys Varsity Soccer team was ready for another tough test against Beverly Hills last Tuesday.

The Roadrunners started off slow, finding it hard to connect any passes.

The first half was riddled with scoring opportunities for both teams, but Beverly Hills was the only squad able to put one away 10 minutes before the half.

Crossroads came out much stronger in the second half putting a lot of pressure on the Beverly Hills’ keeper.

After a great attacking run, Crossroads’ Isaac Yelchin was fouled 25 yards from the goal.

Rudy Frayre took the free kick and with an incredible left foot shot tied the game with 15 minutes remaining. Crossroads created a few more chances but was unable to put them away and the game ended 1-1.

Thursday they traveled to San Pedro where they dodged the rain and picked up a hard-fought 1-0 win.

The score came as Lucas Kirby took a penalty kick that rebounded off of the San Pedro Keeper’s block and was fired back into the net by Cooper Olds who landed the point for the Roadrunners.

The team looks primed to do some significant work this season as they move forward in the early season.