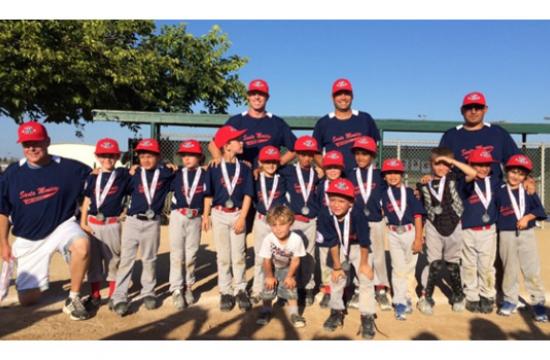 As Santa Monica PONY Baseball’s regular season comes to a close and the All Star season begins, select teams play in various tournaments throughout Southern California to prepare for All Star tournament play in early July.

This year, Santa Monica PONY Baseball is hosting a sanctioned tournament at Los Amigos Park this weekend (June 26-28) to allow teams from both the local region and others areas in the Southwest region to come and play games that will serve as practice and preparation for advanced tournament level play in the All Star tournaments.

This is a great opportunity for the public to come out to the field and join all the families, friends and community wide supporters in watching dozens of Southern California teams as they battle to rank top in the region.

Gate fee is $2 and the on site Snack Shack will have food available for purchase.

The Shetland Santa Monica team fought hard during the Pre-Fathers’ Day Tournament June 13-15. They dropped two games on Saturday (lost 13-2 to Cypress Red), and then lost 12-9 to West Garden Grove.

However, Sunday they beat Torrance American 10-7, beat Irvine 15-11, and in the Championship beat Cypress Blue 17-11 to win the Silver Division of the Cypress PONY Pre-Fathers’ Day Tournament.