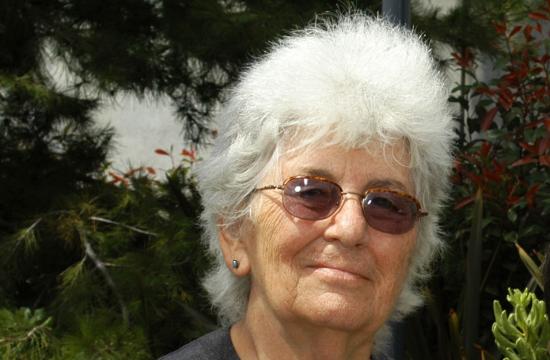 The award for the annual tournaments – which have been held for more than 30 years during the last weekends of March, June, and August – recognizes the efforts of the Kinesiology & Athletics department and SMC Community Education (home to Co-Rec) in promoting table tennis as a competitive sport and consistently attracting new participants of all skill levels to the three tournaments, including the upcoming California Open June 20-21. Pacific Coast USATT Coordinator Dr. Ichiro Hashimoto accepted the award on behalf of the Department of Kinesiology & Athletics.

The award to Kidd honors her as the founder of SMC’s free community recreation program, and the person who established table tennis at SMC as an internationally recognized athletic activity. The Friday Night Community Drop-in program – launched more than 40 years ago and now known as Sunday Co-Rec Sports – invites students and members of the community to the SMC Pavilion to play table tennis, badminton, and basketball. The program hosts weekly round robin competitions, as well as the annual USATT tournaments, which attract national and international competitors.

Santa Monica College has a long and interesting history in the world of table tennis. In 1971, the late Glenn Cowan (1952-2004) – a table tennis champion since childhood and an SMC student from 1969 to 1972 – was the youngest member of the first US table tennis team to go to China and compete in what became known as “Ping-pong Diplomacy,” a process that helped open the doors for diplomatic relations between the replica watches uk two nations. Cowan was posthumously inducted into the California Table Tennis Hall of Fame in 2014.

USATT – organized under the US Olympic Committee as the national governing body for the sport of table tennis in the US and a member of the International Table Tennis Federation (ITTF) – promotes opportunities for athletes and coaches to participate in more than 250 clubs and over 350 tournaments across the nation annually, and selects and trains teams for international competition, including the Pan American and Olympic Games.

Santa Monica College – a California Community College established in 1929, accredited by the Western Association of Schools and Colleges (WASC), and the nation’s undisputed leader in transfers to University of California campuses – provides a comprehensive selection of educational, athletic, and recreational opportunities to the public.

For more information about SMC’s table tennis programs and annual tournaments, call (310) 434-4859, send an email to smctabletennis@gmail.com or visit www.smctabletennis.com.