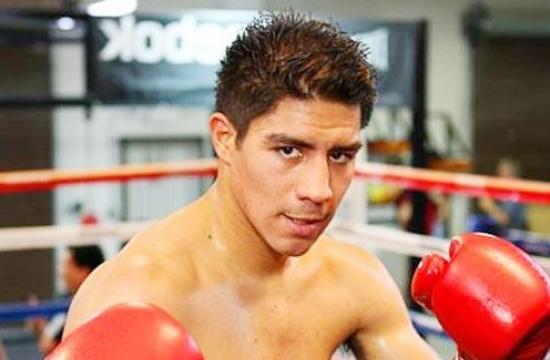 The 26-year-old Vargas said tonight’s fight “will be (Bradley’s) downfall.”

“I have had the greatest training camp,” said Vargas, a Los Angeles native who now lives in Las Vegas. “I have never felt stronger or hit harder.

“Erik (Morales) has been an incredible trainer and who better to learn from then one of the great pound-for-pound champions of his era? We know everything about Bradley.”

Morales was a nine-time world champion.

Bradley is seeking his fifth world championship. He said this title would be for the youngest of his five children, a son born three months ago.

“I got a vision in mind of what I want my Christmas cards to look like,” Bradley said at Thursday’s news conference at StubHub Center.

“I want all my kids wearing a strap,” Bradley said, referring to the championship belts given for world titles. “That’s what I want. I’m envisioning that in my head and that’s going to make me fight even harder.”

The 31-year-old Bradley (31-1-1 with one no contest and 12 knockouts) has held versions of the super lightweight and junior welterweight titles. He is in the midst of the first two-fight winless streak in his professional career.

Both fighters weighed-in Friday at 146.4 pounds, six-tenths of a pound under the welterweight limit.

The HBO telecast is set to air live beginning at 6:45 p.m. on its East Coast feed with the scheduled 12-round fight expected to start at 7 p.m. The telecast will be shown on a delayed basis on HBO’s West Coast feed at 9:45 p.m.

Bradley won each of his first 24 professional fights. His 25th was ruled a no contest by the California State Athletic Commission because an accidental headbutt opened a cut over Nate Campbell’s eye left eye early in the third round and the ringside physician ordered the fight stopped.

Bradley resumed his winning ways in his next fight and was 31-0 heading into his April 12, 2014, rematch with Manny Pacquiao. Pacquiao won by a unanimous decision. Bradley fought Diego Chaves to a split draw in his next fight on Dec. 13, with each fighter winning on one of the judges’ scorecards and the third scoring the fight, 114-114.

Bradley was born in Palm Springs, grew up in Cathedral City and attended Cathedral City High School. He worked as a dishwasher and waiter before becoming a professional boxer in 2004.