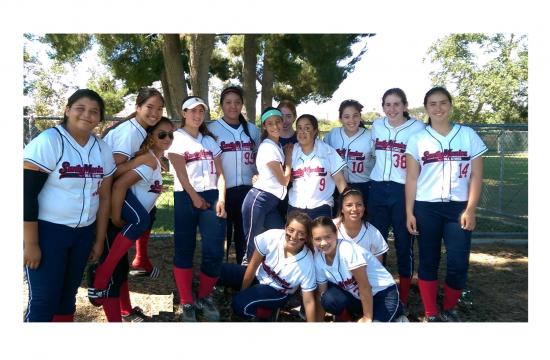 The 14U Gold All-Star team placed 5th in the ASA State Championship (after placing 3rd in their District championship), which earned them a spot in the ASA Western National Championship to be held in Prescott, Arizona next week. They will represent the Santa Monica Girls Fastpitch League against other powerhouse softball teams from California, Arizona, Nevada, Utah, Oregon and Colorado.

“As thrilled as I am to see these hard-working players achieve a chance to experience this unique opportunity to play at the Nationals Tournament — as one of 32 teams out of thousands of leagues — I am more excited about the players themselves,” he stated.  “I am extremely impressed with the depth of character of these players and cannot wait to see what the future holds for them. The sport of softball has benefited from their involvement, and the community as a whole will benefit from these amazing young women.”

The 12U Gold All-Star team also earned a spot in their ASA Western National Championship to be played in Medford, Oregon next week. They placed first in their District championship three weeks ago in Downey, and then placed 4th in the ASA State Championship held last weekend in Lancaster. They will now travel to Oregon to face the best softball teams from Oregon, Washington, Montana and California in the National Championship. The head coach of the 12U Gold All-Star team is Spencer Schneider, long-time coach and volunteer with the Santa Monica Girls Fastpitch League.

Both Santa Monica teams are looking for sponsors, so if you or your company would like to donate to help support the teams’ journeys to Nationals, please go to the Santa Monica Girls Fastpitch website: www.santamonicagirlssoftball.org.

Santa Monica Girls Fastpitch is a non-profit, all girls softball league for ages 4 to 14 serving Santa Monica and the Westside for over 30 years.