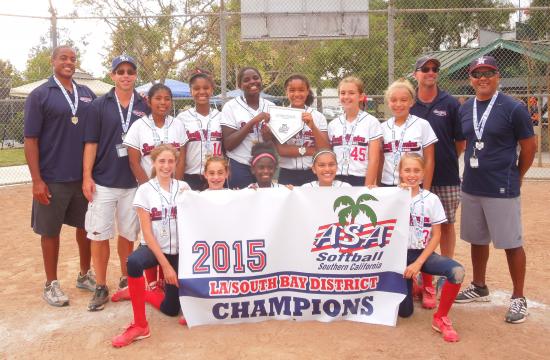 For the second year in a row, Santa Monica Girls Fastpitch is sending multiple teams to the State softball championship this weekend in Lancaster.

The Santa Monica 12U Gold team made history this year with a record-breaking season.

Since the start of the year, they’ve won two Select tournaments, as well as All-Star tournaments in South Huntington Beach, Simi Valley and Escondido. They capped off their incredible season by winning the LA/South Bay District championship at the end of June – they were undefeated District champions by a combined score of 37-8.

The team is now headed to the State softball championship to compete against other California powerhouse softball teams for a chance to make it to the ASA National Championship later this summer.

“This is the best collection of talent I’ve ever coached during my years at Santa Monica Girls Fastpitch,” said Spencer Schneider, head coach of the 12U Gold team. “The girls’ genuine affinity for one another translates into good chemistry on the field.”

Santa Monica Girls Fastpitch (SMGF) is a non-profit, all girls softball league for ages 4 to 14 serving Santa Monica and the Westside for over 30 years.