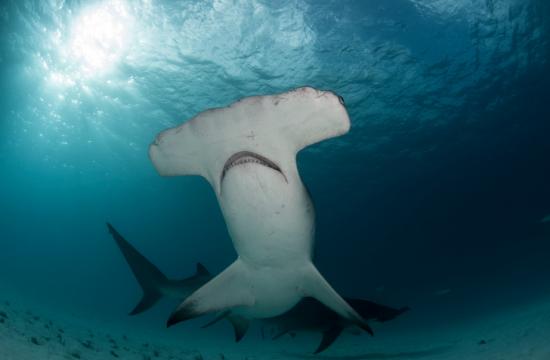 A 29-year-old man whose foot was bitten by a 10-foot hammerhead shark he hooked while kayak fishing near Malibu told reporters Sunday that his shark fishing days are over.

Dylan Marks was recovering at home today after undergoing emergency surgery at Los Robles Hospital & Medical Center in Thousand Oaks, where he was airlifted with severe lacerations to the top of his foot.

He said some ligaments were severed.

Marks was bitten about 2:30 p.m. Saturday just north of Malibu in Ventura County.

He was fishing along with another kayaker about a mile off Deer Creek beach when he was injured, Ventura County Fire Department Capt. Ron Oatman told City News Service.

“It just kind of came by, bit his foot and moved on,” according to the captain.

Marks flagged down a fishing boat, which took him close to shore. He paddled his way in and was met by lifeguards, Oatman said.

There have been several sightings of distinctive hammerhead sharks in recent weeks around Point Dume and off Catalina Island, perhaps due to warm water temperatures, Barillas said.

Kelp beds off Deer Creek beach are popular with divers and kayakers who regularly come ashore with fish they’ve speared or hooked.