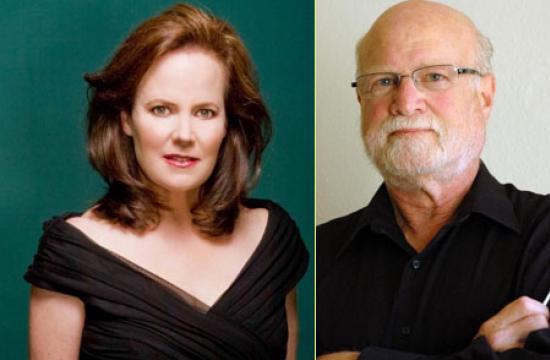 Save the date! Don’t miss the lovely voice of soprano Elissa Johnston on Sunday, Oct. 25 at 2:30 pm at the Moss Theater in Santa Monica as part of Orchestra Santa Monica’s 2015/16 season launch.

Johnston will be singing Samuel Barber’s haunting ‘Knoxville: Summer of 1915’ with OSM, which will be led by Music Director and Conductor Allen Robert Gross.

Composed in 1948, Knoxville is a deeply nostalgic piece based on excerpts drawn from James Agee’s 1938 memoir. It evokes a quiet summer evening among family, as recalled by the author, either as an adult or as a six-year old child – we’re not always sure.

This text was used as the preface to Agee’s novel ‘A Death in the Family,’ which some of you may know.

Elissa Johnston is one of our region’s most sought-after solo singers. Hailed by Musical America for “her voice pure and ethereal, her expression embracing and heartfelt,” soprano Elissa Johnston is an exceptionally versatile singer.

A sought-after soloist for contemporary music, she has made numerous local chamber music appearances with Southwest Chamber Music, Xtet and Jacaranda Music. Later this season she will solo with the Long Beach and Pacific Symphonies.

Our program opens with Signs of Life II by the late American composer Russell Peck. A three-movement work for string orchestra, its musical idioms draw on jazz, blues, and bluegrass.

We conclude our musical journey with Mendelssohn’s “Scottish” Symphony. Typical of composers in the mid-nineteenth century, he recorded musical impressions of his many travels.

The “Scottish” Symphony reflects turbulent moods in the opening movement, a Scottish folk melody with lively rhythms in the second, a beautifully moving adagio, and a “gathering of the clans” to conclude. This is one of Mendelssohn’s most colorful scores.

Please note that concerts will start at 2:30 pm this year, one hour earlier than last season. As always, tickets can be purchased online or at the door.

Moss Theater is located on the campus of New Roads School at 3131 Olympic Blvd., Santa Monica.

By mirrormmg October 15, 2015
in Life and Arts
Related Posts