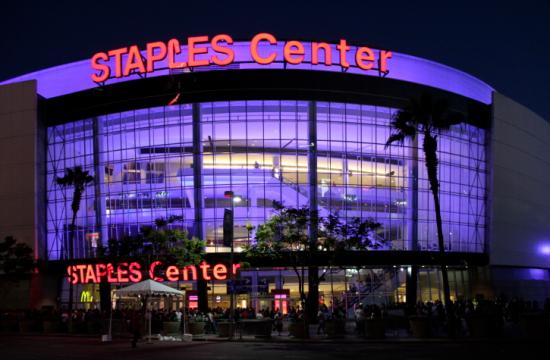 The Los Angeles Clippers will wear their black alternate uniform for the first time at tonight’s game against the Houston Rockets at Staples Center.

The game is the first of a series of Saturday night games celebrating downtown Los Angeles the team has dubbed DTLAC. The games are the only times the team will wear its black alternate uniform at home.

Fans are encouraged to wear all black at the games.

The Spirit Dance Team, Hoop Troop and other entertainment teams will also wear black gear for every DTLAC game.

Prices for black T-shirts at the Team LA store locations at Staples Center will be reduced by 15 percent during Saturday night home games.

The DTLAC games will also offer what the team described as “entertainment and fan experiences synonymous with good times in downtown L.A.”

Original content for the video boards produced by Funny or Die, the television and movie production company co-founded by comedian Will Ferrell and writer-director Adam McKay, will be played at the DTLAC games.

Special lighting effects will be featured at the games, including lasers and LED wristbands. All fans will receive the LED wristbands that will be synched with music, lighting and movement.

“The Clippers are a flagship of downtown Los Angeles and our games are a big night out for fans,” said Gillian Zucker, the Clippers president of business operations.

“DTLAC will elevate our fans’ entertainment experience by inviting the neighborhood into our home and shining a spotlight on our city’s great retailers, artists and entertainers.”

Here is the schedule for the remaining DTLAC games:

More information on the DTLAC games is available at clippers.com/DTLAC.