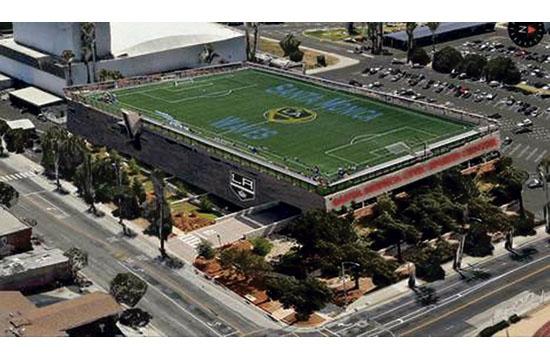 Following the closure of the Culver Ice Arena in Culver City in 2014, a 52-year-old community resource of the greater Los Angeles area, a core group of rink/ice skating supporters have continued with efforts to make sure another ice arena is built on the Westside.

This committee, called Bring Back The Ice and spearheaded by Dr. Steve Weinberg, has been instrumental in garnering interest from the Los Angeles Kings, AEG, and the Working Group of the Santa Monica Civic Auditorium in having a two-surface ice arena with a soccer field on top of the multipurpose facility to be built on the parking lot property of the Civic.

All three interested parties are currently in preliminary discussions regarding the project.

Dr. Weinberg has launched a petition to support this project.

“After several exploratory measures that have fallen by the wayside, we believe we have a real chance to bring the powers-that-be together and build an ice and field complex on the property where the Santa Monica Civic stands,” said Weinberg, who encourages the Los Angeles skating community and AYSO soccer leagues to sign the petition.

Weinberg explains that adding a soccer filed on top of the ice arena facility is in consideration of the large number of local soccer leagues who would use the facility.

Bring Back The Ice has engaged the soccer community by involving the chair of the Santa Monica Field Sports Advisory Council, Maryanne LaGuardia.

“She and her colleagues are excited about the possibility of a state-of-the-art facility on the Civic Auditorium property,” Weinberg said. “A new facility would be a monumental opportunity to give the soccer community an amazing destination right in the heart of Santa Monica.

“We understand the soccer community’s needs and want to join forces with them to create a fantastic gathering place for skaters, soccer players and the Santa Monica community, while at the same time helping to revitalize the Civic Auditorium in order to create a unique performing arts/cultural district in line with the Working Group’s vision for the property for generations to come.”

Member of Bring Back The Ice, along with Los Angeles Kings announcer Daryl Evans, have attended numerous Santa Monica Civic Auditorium Working Group meetings to present the many attributes of having an ice arena on the property, which will dovetail with the City of Santa Monica’s mission to revitalize the Civic Auditorium.

Weinberg said described the project as a once in a lifetime opportunity.

“We encourage anyone who wants to bring back the ice to Los Angeles’ Westside to sign the petition,” Weinberg said. “Please let the City of Santa Monica know how important this project is to the future of skating in Southern California.”

At time of press, there were 592 signatures on the online petition; the goal is 10,000 signatures.

For more information, visit the Bring Back The Ice Facebook page or Twitter @BringBackTheIce to reach Dr. Weinberg.