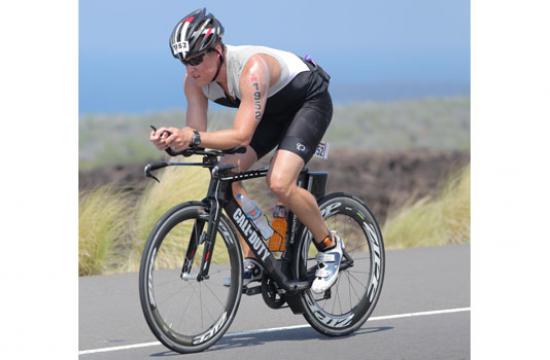 Santa Monica resident Dave Johnson, a U.S. Military veteran, put his body to the ultimate test to help post 9/11 veterans get back to work on Oct. 10.

Johnson is no stranger to the physical and mental challenges of an IRONMAN; this was his fourth competition, yet this one was different.

This time around, it’s about more. This time, he was racing to raise money and awareness for the Call of Duty Endowment, a nonprofit organization founded by Activision Blizzard CEO Bobby Kotick that helps train and place veterans in meaningful jobs.

As a former Navy Intelligence Officer, he knows the value in veterans joining the civilian workforce.

In fact, he was drawn to his current employer, Activision Blizzard, because of their serious commitment to hiring vets and practicing what they preach.

He also knows that young veterans face an unemployment rate that is nearly three times the national average. So, he’s dedicated his training and his race to helping his fellow veterans.

So far he has raised more $25,000. To donate or to find out more visit, www.callofdutyendowment.org.