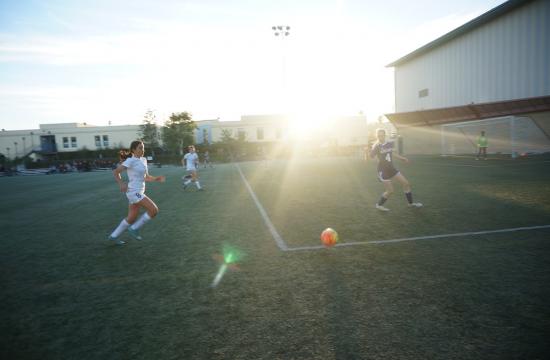 The Crossroads Roadrunners girls soccer team won Wednesday’s home non-conference game against Archer School for Girls by a score of 3-0.

“Crossroads played really well as a team,” said Coach Albert Racca. “This is the best Crossroads team I have coached in my four years at the school.”

Archer spent most of the game chasing the ball thanks to the Roadrunners offensive precision throughout the entire match-up.

This young group boasts six talented freshman, all of whom stepped onto the field like seasoned veterans.

Although they maintained control of the game throughout, once Crossroads got settled deep in the first half, they scored two goals.

Danae Kawamoto scored the first while senior and co-captain, Ami Kalokoh put the second into the net. Both chances came from a great build up play from the team’s midfielders and the scorers’ dangerous presence in the box.

The Roadrunners scored one more in the second half as Ella Larsen took advantage of an opportunity handed over by her teammates.

“Overall it was a fantastic win,” said Racca who anticipates a strong season for this Roadrunners team as they move forward to league play.