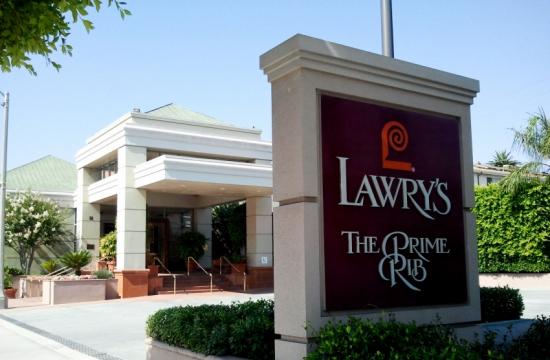 The Iowa football team is scheduled to participate in the 60th Beef Bowl today at Lawry’s The Prime Rib in Beverly Hills, one day before its opponent in Friday’s 102nd Rose Bowl Game, Stanford.

The Beef Bowl began in 1956 and is older than all but the Rose, Orange, Cotton, Sugar and Sun bowls. It is billed by organizers as college football’s most enduring pre-bowl game tradition.

The Hawkeyes will participate in the Beef Bowl for the first time since 1990.

“The Beef Bowl — how do you get better than that,” said Iowa coach Kirk Ferentz, who attended the event in 1981 as the Hawkeyes’ offensive line coach.

Ferentz said he would tell his players to “enjoy themselves” and to “go a little bit crazy, but not too crazy.”

“The big thing about a bowl game (is) you want a team to enjoy it,” Ferentz said. “We want to focus when it’s time to practice and prepare, but they don’t have to do that 24 hours a day.”

Approximately 21,100 players and coaches have dined at the Beef Bowl, including 17 Heisman Trophy winners and eight recipients of the Outland Trophy, which honors college football’s most outstanding interior lineman, according to Todd Erickson, the event’s publicist and author of the 2005 book, “Road to the Rose Bowl,” which explores the Rose Bowl Game and the tradition of Lawry’s Beef Bowl through players’ and coaches’ recollections.

More than 82,100 pounds of beef have been consumed at the Beef Bowl, Erickson said.

“The purpose of the event is to honor champion student-athletes for their achievement as a team of making it to the Rose Bowl Game,” Frank said.

“The meal is a large part of the celebration because these are young men with enormous appetites, but it’s more about celebrating together away from the practice field in a legendary setting.”

From 1963-69, a publicity firm touted the Lawry’s Beef Bowl events as beef eating contests. Lawry’s changed the name of the event to “Lawry’s Beef Scrimmage” from 1970-72 in an attempt to dissuade the players from approaching the event like it was a prime rib eating competition.

The amount of beef consumed by each team is determined by multiplying the number of prime rib roasts consumed by the average weight of a roast, Erickson told City News Service.