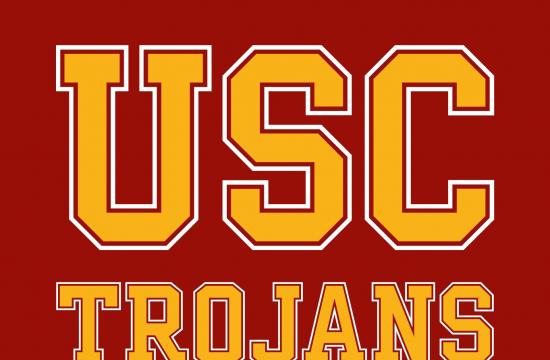 USC will seek its second Holiday Bowl victory in two years tonight when it faces Wisconsin in the 39th edition of the game at Qualcomm Stadium.

Outside of conference champions, bowls rarely have the same team play in consecutive years, fearing fans will not make a repeat visit to the same city.

The Holiday Bowl gets the second choice among Pac-12 Conference teams following the New Year’s Six games. The Alamo Bowl selected Oregon and the Holiday Bowl picked the Trojans, even though they defeated Nebraska, 45-42, in last year’s game.

“This is something that just worked out for us,” said Mark Neville, the executive director of San Diego Bowl Game Association, which operates the Holiday Bowl and the other bowl game played at Qualcomm Stadium, the Poinsettia Bowl.

“We saw this as a great opportunity for us to put on a championship- caliber football game for our fans in San Diego.”

Conference officials then decided how to assign the next three teams — Michigan, Northwestern and Wisconsin — to the Holiday Bowl, the Citrus Bowl in Orlando, Florida, and the Outback Bowl in Tampa, Florida, Neville said.

“Since Wisconsin had been to Florida the last two years, the Big Ten Conference fortunately sent them our way,” Neville told City News Service.

The Trojans were 25th in the College Football Playoff rankings issued Dec. 6. They are not in the Top 25 in The Associated Press media poll or USA Today coaches poll. Wisconsin is 23rd in the AP and USA Today polls.

“The front seven is without question one of the best we’ve gone against all year,” USC coach Clay Helton said.

“The four linebackers are without question the best we have gone against all year. They bring them from everywhere. (Vince Biegel) is one of the best past rushers I’ve seen all seasons.”

Biegel’s eight quarterback sacks are second on the team behind fellow outside linebacker Joe Schobert’s 9.5.

Since Helton became interim coach before the Oct. 17 game against Notre Dame, the Trojans have put an increased emphasis on power running, leading in time of possession in six of their eight games, posting a 5-3 record. USC trailed in time of possession in all five of their games under since-fired coach Steve Sarkisian, winning three of five games.

USC led 42-17 in the fourth quarter when Ron VanderKelen led Wisconsin on three touchdown drives in a comeback that ended when Louis Holland fumbled away a punt.

The Trojans have won six of their last seven bowl games. A 34-31 overtime victory over Auburn in the Outback Bowl on New Year’s Day ended the Badgers’ four-game bowl losing streak.

Fans are encouraged to arrive early or take the Trolley. The Qualcomm Stadium parking lot will open at 1:30 p.m. for the 7:30 p.m. game.

Additional Trolley Green Line service from the Convention Center area and Qualcomm Stadium will begin at 2:30 p.m. with trains departing every 7 1/2 minutes until the opening kickoff.

The game is officially known as the National Funding Holiday Bowl. The San Diego-based financial technology company serving small-to-medium-sized businesses nationwide agreed earlier this month to a one-year contract to be the game’s title sponsor. The terms were not disclosed.

“When the spectacular USC versus Wisconsin matchup was announced (Dec. 6), I noticed there was a title sponsor void,” National Funding CEO Dave Gilbert, a USC alumnus, said on Dec. 16.

“For years, I’ve appreciated the tremendous impact the Holiday Bowl has had on our community. I saw this as an opportunity to really help out an important community endeavor.”

By Dr. Paul Drew Welcome to the second issue of volume six of Swish, a weekly periodical with recaps and...