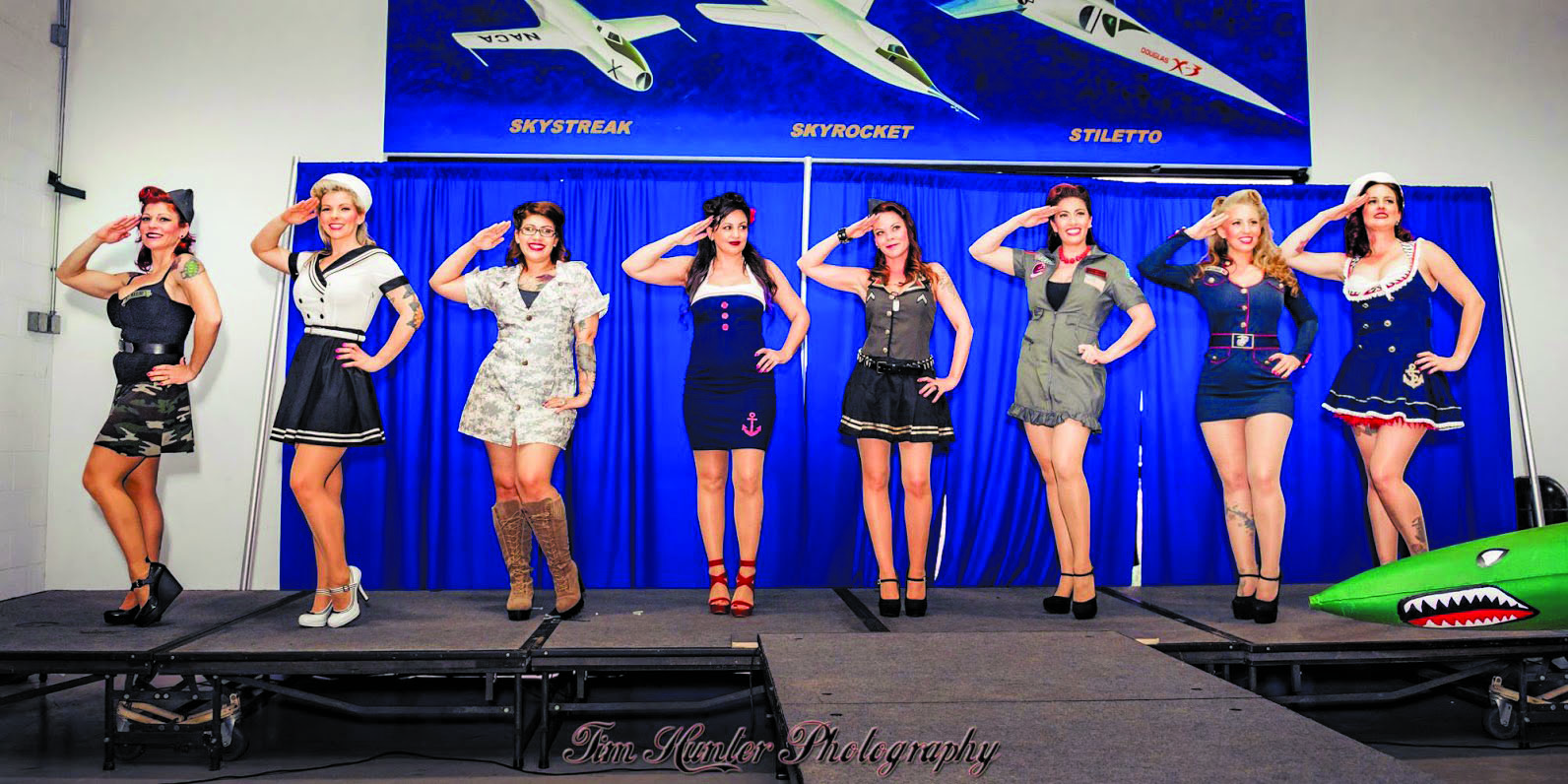 The Museum of Flying, located at Santa Monica Airport which regularly showcases aircrafts and aircraft art, was host to an event titled the Aviation Art & Pin-Up Festival on Saturday, February 18. A number of artists, photographers and sculptors presented aviation-related works during the early afternoon event. In addition, two fashion shows were held on a runway set-up in a hall of the museum regularly host to larger aviation art works. Other local exhibitors at the event included baked goods by Kiki Made Kitchen, jewelry by Kirahley Kreations, knives & other apparel by SP Knifeworks and more.

“We all have veterans in our families that are very near and dear to us and needed some of their needs met, and maybe didn’t get all of those needs met. So we had a combined passion, and as we started talking about it and promoting some of our events, our girlfriends joined in and it took off like wildfire,” said spokesperson Samantha “Gypsy Rose” Wade.

Pinups for American Heroes is based in Santa Clarita, and showcased fashions sponsored by ‘50’s-style clothing brand Swanky’s Vintage during the fashion show. All of the proceeds raised at the event went straight to the Museum of Flying, which is a nonprofit.

“We’re here today to promote the museum and help it keep its doors open once the Santa Monica Airport closes down in a few years,” said Wade. “This is a fundraiser to keep California aviation history alive.”

For more information about the Museum of Flying, visit museumofflying.org.