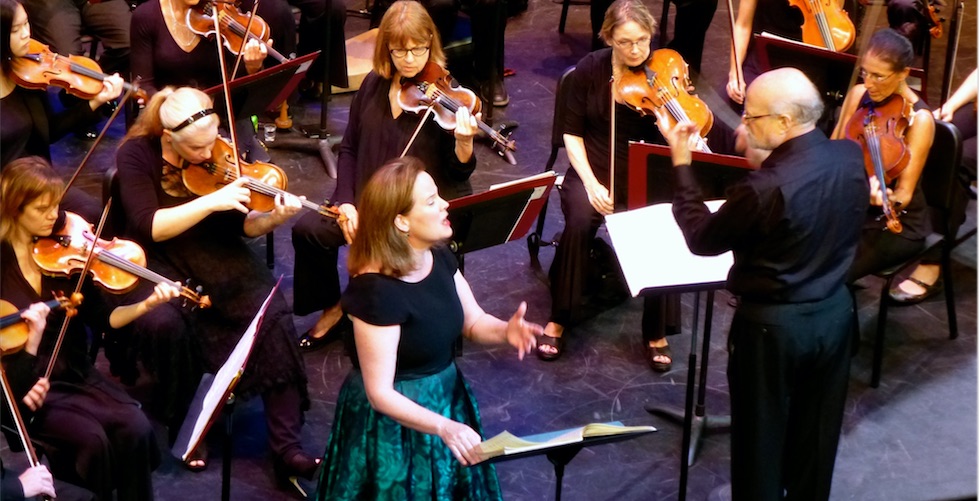 Los Angeles Chamber Orchestra’s Westside Connections series 2017, curated by Concertmaster Margaret Batjer, spotlights Music: The Mirror of Time on Thursday, February 23, 2017, 7:30 pm, at Santa Monica’s Moss Theater.  As the series’ special guests lead explorations of musical masterworks that emerged from times of triumph and tragedy in England, Russia and Germany, the first of three Westside Connections programs focuses on England and features the West Coast premiere of Andrew Norman’s Sonnets.  Guest artists are pianist Bernadene Blaha, hailed for her “brilliant command of the piano,” and special guest Jan Swafford, composer, music essayist and author of biographies that illuminate the life and times of Beethoven, Brahms and Charles Ives.  The eclectic program also includes Elgar’s Quintet in A minor for Piano and String Quartet, described by Gramophone as “big chamber music, with at times an almost orchestral sonority to it.”  Joining Blaha are LACO artists Josefina Vergara, violin; Joel Pargman, violin; Robert Brophy, viola; and Trevor Handy, cello.  NPR’s Renée Montagne interviews the special guests and moderates a short Q&A at the conclusion of each program.

Blaha, a recitalist, concerto soloist and chamber musician, has been heralded in performances throughout North America, Europe, Australia and Asia.  Praised for her “lovely sonorities and total clarity of line” (Piano & Keyboard), she first came to international attention as a prizewinner in the Montreal Symphony Orchestra Competition, the Young Keyboard Artists International Piano Competition, and the 11th Annual International Piano Competition, which resulted in highly acclaimed recital appearances at Carnegie Recital Hall and the Lincoln Center Library.  Soon afterward, Blaha was featured in a solo recital and the opening orchestra concert at the XXIX International Chopin Festival, followed by performances at the Concertgebouw, the National Arts Centre in Ottawa, the Phillips Collection and Walt Disney Concert Hall.  She is a founding member of the piano trio Latitude 41, formed in 2009 with violinist Livia Sohn and cellist Luigi Piovano, which has released two albums to rave reviews.  Blaha’s discography also includes recordings for the CBC, Centaur and Analekta labels.

Swafford is a composer and writer, whose music has been performed by the St. Louis, Indianapolis, Vermont, and Dutch Radio symphonies; new-music groups Musica Viva, Collage and Dinosaur Annex; the Peabody Trio and the Chamber Orchestra of Tennessee, among others.  He received a National Endowment for the Arts fellowship and two Massachusetts Artists Council Fellowships.  Also a well-known music writer, his work has appeared often in Slate, for which he won a Deems Taylor award for music journalism.  He is a long-time program writer and pre-concert lecturer for the Boston Symphony and has written notes and essays for the orchestras of Cleveland, Chicago, San Francisco and Toronto, as well as for Carnegie Hall and the Metropolitan Opera.  All of his books have been Critics’ Choices in The New York Times; and his Charles Ives biography was nominated for a National Book Critics Circle prize in biography.  Currently, he is working on a biography of Mozart.

Each year, LACO’s trademark three-part Westside Connections, now in its ninth season, steps outside the proverbial “music “box” to illustrate the myriad ways music is woven into society and our lives with fascinating intellectual discourse, superb artistry and audience Q&As.  In previous seasons, Westside Connections has explored connections between music and such disparate topics as architecture, the culinary arts, poetry, the mind, stories and the influences of Los Angeles on creativity.

Los Angeles Chamber Orchestra (LACO), proclaimed “America’s finest chamber orchestra” by Public Radio International, has established itself among the world’s top musical ensembles.  Since 1997, LACO has performed under the baton of acclaimed conductor and pianist Jeffrey Kahane, hailed by critics as “visionary” and a conductor with “effortless musicality and extraordinary communicative gifts.”  Under Kahane’s leadership, the Orchestra maintains its status as a preeminent interpreter of historical masterworks and a champion of contemporary composers.

Steinway is the official piano of Los Angeles Chamber Orchestra.

Tickets (beginning at $56) are available online at laco.org, by calling LACO at 213 622 7001, or at the venue box office on the night of the concert, if tickets remain.  Student rush tickets ($12), based on availability, may be purchased at the box office one hour before the concert.  Also available for college students is the $30 “Campus to Concert Hall All Access Pass” – good for LACO’s three Westside Connections concerts at the Moss Theater, eight Orchestral Series concerts at either the Alex Theatre or UCLA’s Royce Hall and five Baroque Conversations concerts at downtown’s Zipper Hall.  The Moss Theater at New Roads School is located at 3131 Olympic Boulevard, Santa Monica, CA, 90404.

By admin February 1, 2017
in Life and Arts
Related Posts