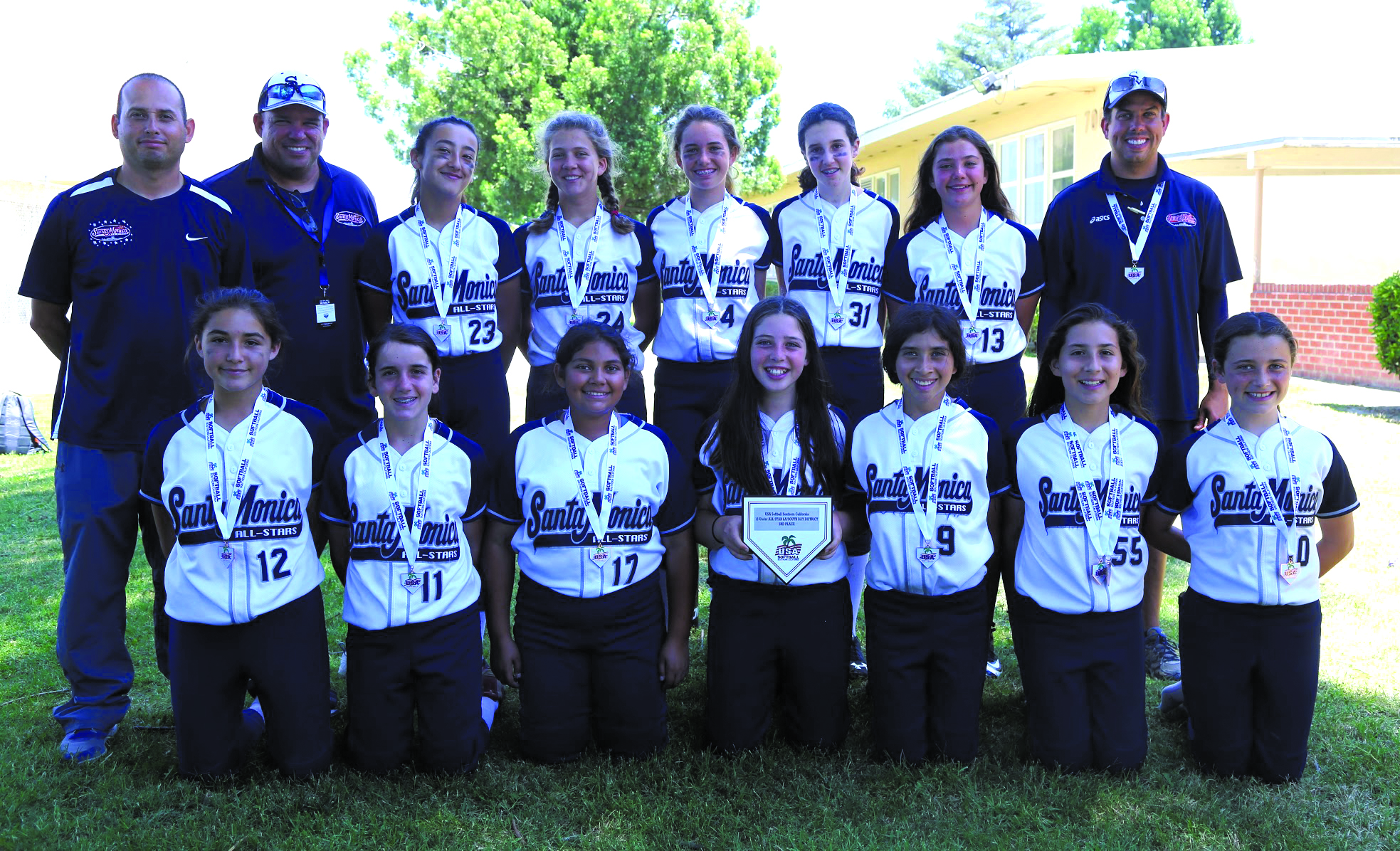 The Santa Monica 12U Silver All-Star girls softball team is heading to the USA Softball Southern California “C” State Championship at the end of June after competing in the L.A./South Bay District Tournament this weekend in Long Beach.

The Santa Monica 12U Silver team placed 3rd in the District Tournament, which earned them a spot in the USA Softball Southern California “C” State Championship to be held in Lancaster in two weeks. They will represent the Santa Monica Girls Fastpitch League against other softball teams from Southern California for a chance to make it to the USA Softball Regional Championship later this summer. The team’s head coach, Colin Barber, is understandably very proud of this team: “These girls have been working hard on their skills, but also together as a team. They have a lot of fun together, both on and off the field, and I think that has made a big difference for this team. The girls are proud to represent Santa Monica in the State Championship, and the coaching staff together with all the players’ families could not be more proud of what these girls have accomplished.”