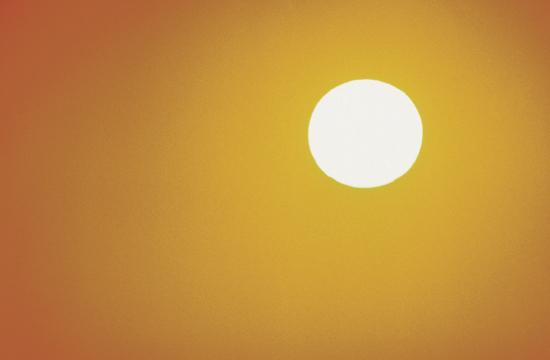 A heat wave will begin washing over the Southland Tuesday, raising fears of wildfires and heat-related illnesses and promising to send temperatures into triple-digit territory in valley areas later this week, National Weather Service forecasters said.

An “extended period of hot and dry weather conditions” will affect areas away from the coast “through at least early next week,” with temperatures rising daily because of a weak offshore flow, according to an NWS statement.

“While there may be some cooling near the coast over the weekend due to an increase in onshore flow, interior sections are expected to remain hot and dry,” it warned, adding that overnight temperatures will be high as well.

“The extended period of hot and dry conditions along with drying fuels (vegetation) will bring elevated fire danger to interior sections of southwest California through at least early next week,” according to the statement. “Increased grass fire ignition with rapid spread potential will be the main fire weather threat.”

The statement added that “this prolonged heat wave will likely bring moderate heat risk to those sensitive to heat, especially those without effective cooling or adequate hydration.”

In fact, “the heat wave could magnify early next week, bringing the potential for critical warning level heat across portions of the (San Gabriel) mountains and Antelope Valley,” it said.

Forecasters urged Southland residents to reduce the length of time they spend in the sun, drink plenty of water, keep themselves and their children cool, check on friends and neighbors — especially seniors — and never, ever leave kids, seniors or pets in parked cars with the windows closed.

A wind advisory, meanwhile, will be in effect until 9 a.m. in the San Gabriel Mountains in Los Angeles and Ventura counties. Expected until then are winds of 20 to 30 miles per hour gusting to 45 mph. The wind — especially crosswinds — will make driving difficult, particularly in high-profile vehicles, along Interstate 5 between Castaic and the Kern County line, forecasters said.

In a 12-hour period ending shortly before 7 Tuesday morning, the NWS recorded wind gusts of 58 miles per hour at Whitaker Peak in the San Gabriel Mountains,

43 mph in Poppy Park in the Antelope Valley, 37 mph in San Pedro, and 36 mph in Granada Hills in the San Fernando Valley.

The NWS forecast sunny skies Tuesday and highs of 73 at LAX; 74 in Avalon; 76 on Mount Wilson; 79 in Long Beach; 80 in Downtown L.A.; 83 in San Gabriel and Burbank; 84 in Pasadena; 86 in Saugus; 87 in Lancaster; 88 in Palmdale; and 90 in Woodland Hills. Temperatures will increase daily, surpassing the 100 mark in the San Fernando and Antelope valleys on Friday.

Sunny skies were also forecast in Orange County, along with highs of 68 in Laguna Beach and San Clemente; 71 in Newport Beach; 83 in Irvine; 84 in Anaheim and Mission Viejo;and 86 in Fullerton and Yorba Linda. Temperatures will reach 90 in Yorba Linda Wednesday and the low 90s in other Orange County communities on Thursday.