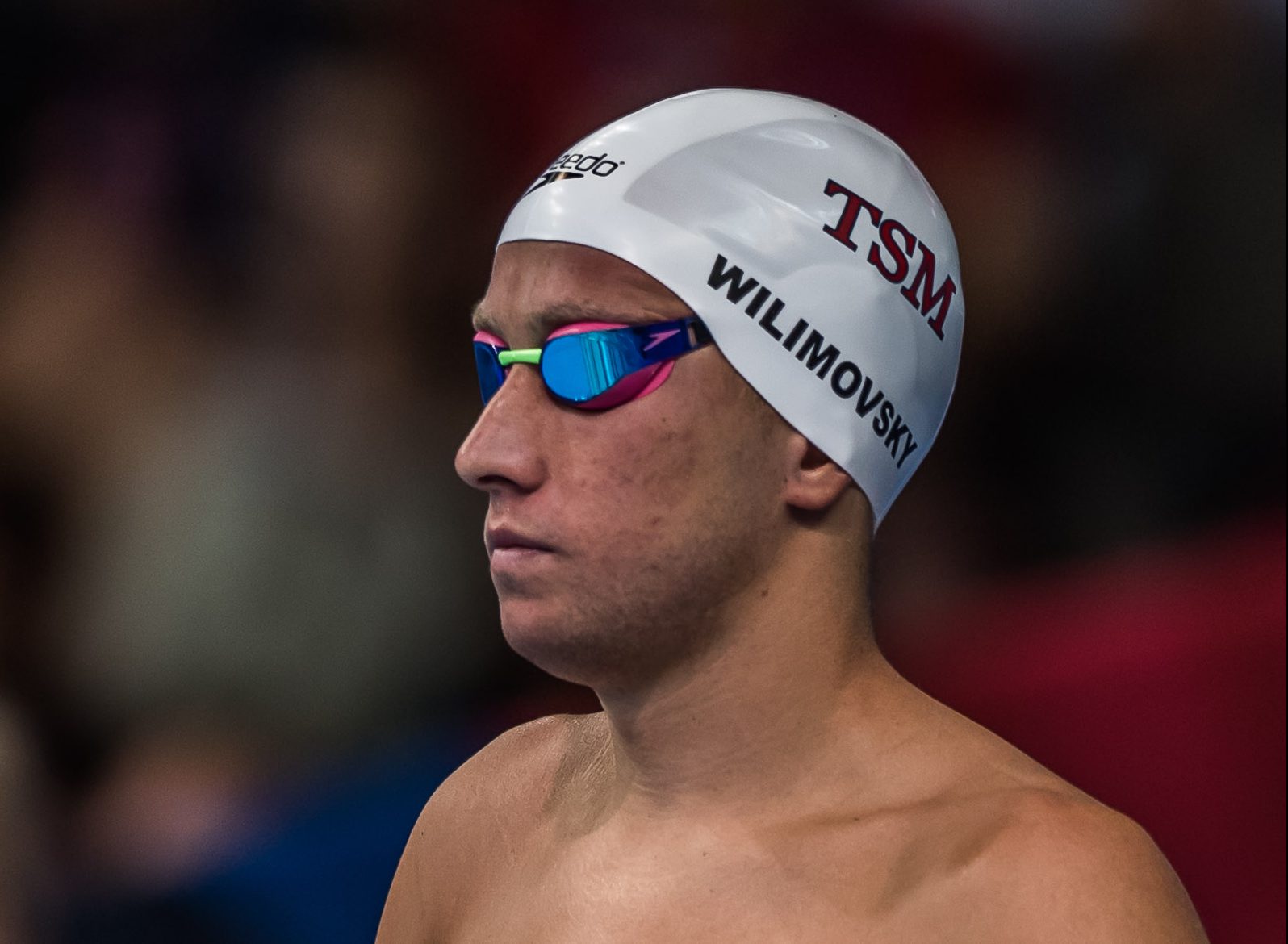 Wilimovsky was 31 seconds off the lead following the first of four 2.5- kilometer laps. He made steady progress over the next five kilometers, moving into sixth entering the final lap, 7.9 seconds behind leader Kristof Rasovszky of Hungary.

Midway through the final lap, Wilimovsky joined Frenchman Marc-Antoine Olivier at the front of the lead pack. Wilimovsky, Ferry Weertman of the Netherlands and Olivier were nearly swimming side-by-side heading into the final 200-meter straightaway.

“I took the inside line and Ferry took the farther line,” said Wilimovsky, who won the race at the last world championships, held in 2015 in Kazan, Russia.

Weertman finished one-tenth of a second ahead of Wilimovsky, who was fifth in the race at the 2016 Rio Olympics which Weertman won.

Wilimovsky said he “tried to stay at the back for the first two laps” but “probably let myself get a little too far behind.”

“I worked to make my way back up to the front, and I got into a good spot heading into the final stretch,” the 23-year-old Wilimovsky said.

Wilimovsky is the only American male with multiple medals in the FINA World Championships 10K. This is the 18th time since 1991 FINA, swimming’s international governing body, has conducted an open water world championship. They have been held every two years since 2011.

“Other years that would have qualified for the Olympics, so that’s a big step for me for the future and gives me a lot of confidence moving forward,” Casey said. “I was happy with top 10.”

Wilimovsky and Casey qualified for the world championships by finishing first and second in the USA Swimming Open Water National Championships in Castaic Lake in May.

Wilimovsky graduated from Malibu High School in 2012. He completed his college swimming career at Northwestern in March.

Wilimovsky said he began swimming when he was 9 years old to qualify for the Los Angeles County Fire Department’s Lifeguard Division’s Junior Lifeguard Program, which required participants to swim 100 yards in one minute, 50 seconds.

Wilimovsky failed to meet that standard in his first attempt, then joined the swim team at the Palisades-Malibu YMCA in 2004 and qualified for the Junior Lifeguard Program.

Wilimovsky said he gravitated to distance races “because I was never really any good at any other thing.” He was fourth in the 1,500 meter freestyle at the Rio Games.

The 20-year-old Casey graduated from Santa Monica High School in 2014. He attends the University of Virginia and has two seasons of eligibility remaining.