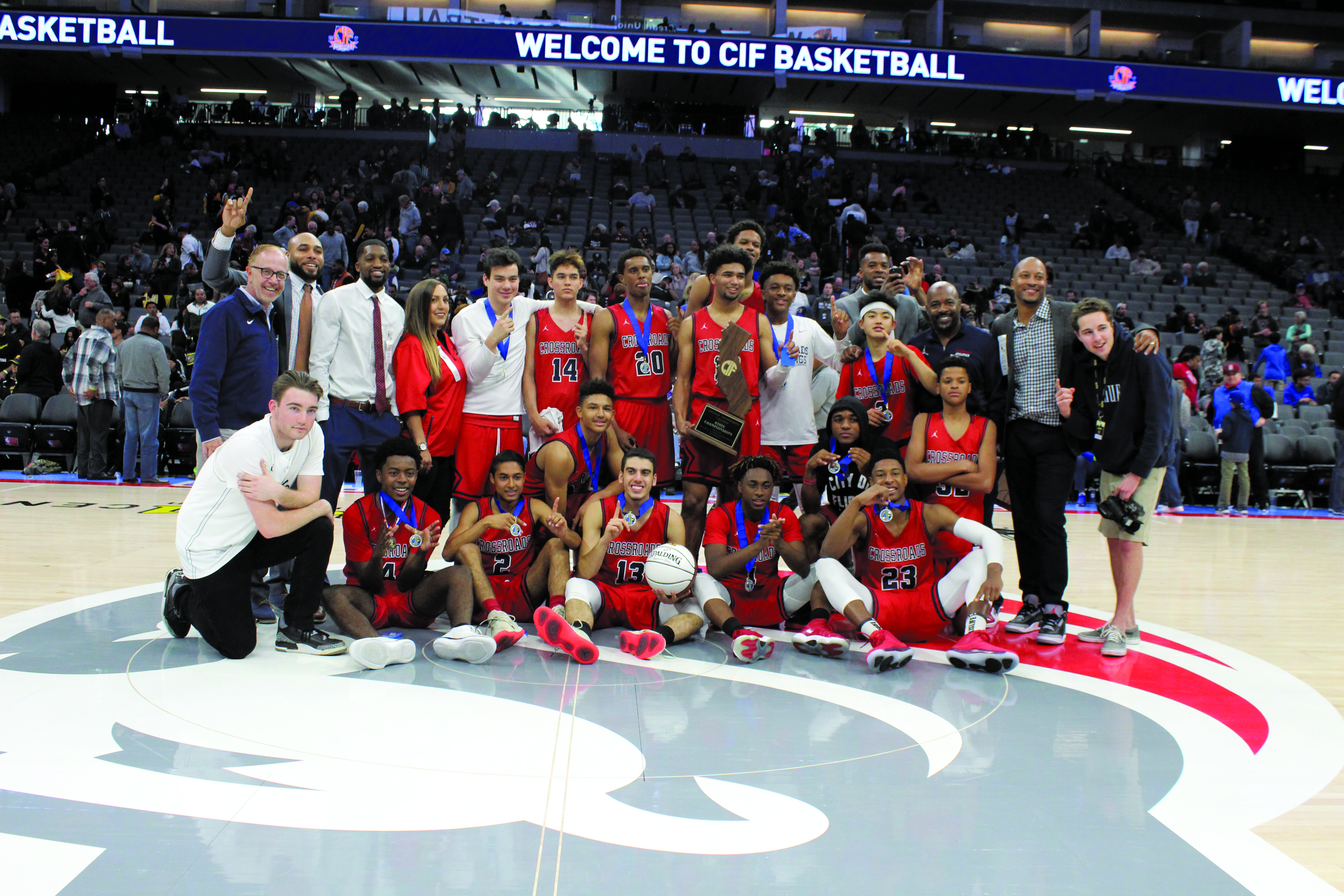 The Roadrunners were trailing 18-13 in the end of the first quarter, but found their rhythm and controlled the remainder of the game. They outscored the Hornets 15-8 in the second quarter, 16-14 in the third and 15-13 in the fourth. Led by senior Shareef O’Neal with 29 points, 17 rebounds and five blocks, the team maintained composure throughout the evening. Senior point guard, DJ Houston, finished an incredible season with a huge night, contributing 15 points and seven rebounds. The entire Crossroads squad played focused, sinking 19 of 27 free throws and going 2 for 4 beyond the arc. It was an incredible finale to a hard-fought season for the Roadrunners.