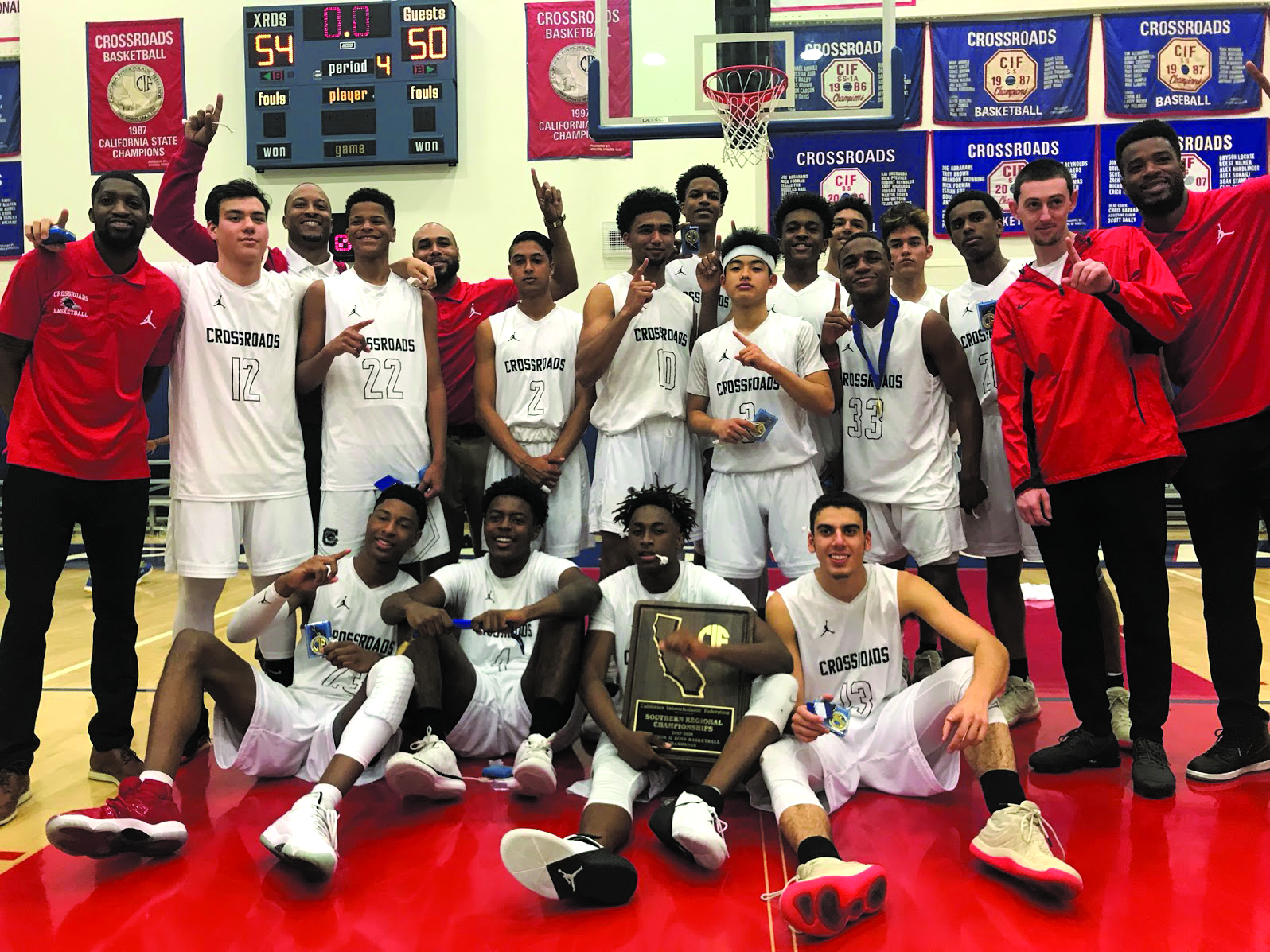 Crossroads Varsity Boys Basketball Team has their sights set on the State Title tonight,
March 23, when they face Alameda at the Golden 1 Center in Sacramento. Crossroads made the final after battling Birmingham High for the CIF Division 2 State Regional Title Saturday, March 17.

The Roadrunners trailed for the first three quarters of Saturday’s game as Birmingham
center, seven-foot-tall Christian Koloko led his team on the glass and the boards with 16
points. Crossroads’ Shareef O’Neal led the charge for his team contributing 18 points on
the night including a last second dunk at the end of the third quarter which narrowed the gap going into the fourth.

Four three-pointers from senior Tamir Saban fired the team up and kept the Roadrunners within striking distance late in the game while DJ Houston contributed 10 points, a
lead-changing steal and layup as well as two vital free-throws in the final minutes to give his team some breathing room. Benjamin Terry also finished the night with 10 points, helping to propel the Roadrunners to Friday night’s State Championship game in Sacramento.

“Winning the State Regional was the best feeling ever,” said first-year head coach An-
thony Davis, “the players worked so hard and sacrificed a lot to get to this point.”
Coach Davis has his sights set on tonight’s  State Title which Crossroads has not seen since
1997. They’ll face Alameda at 5 p.m. with three sets of brothers on the team: Shareef and
Shaquir O’Neal, Benjamin and Brendan Terry, and Xade and Massein Wharton Ali all band-
ing together for hopeful victory.

Popular SM restaurant back up and running By Toi Creel Far too many restaurants have fallen victim to the pandemic....