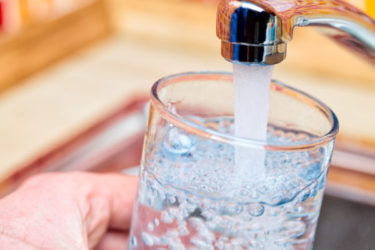 Thirst, according to Merriam-Webster: “a sensation of dryness in the mouth and throat associated with a desire for liquids.”

We’re getting thirstier. A year ago our colleague Thane Roberts pointed out that between 2005 and 2013 the City’s commercial sector increased its water consumption enormously, while the residential sector reduced its overall use–even while the city’s population grew. Why is this important? Because Santa Monica buys part of its water–roughly a quarter of its needs–from the Metropolitan Water District. The MWD’s water is obtained from sources that are becoming increasingly scarce, and the price is going up as the sources dry up.

To reverse this problem the City has made heroic efforts to shift all of its water supply to local sources: wells and recycled water (for irrigation, for now) by 2020, in the next year or so. But Santa Monica is having trouble sticking to its goal of achieving water self-sufficiency within the next few months, despite energetic–and expensive–efforts to conserve and re-use water, and find new underground water supplies. The responsibility, as Roberts suggested, lies in part on the commercial sector and on new real-estate developments going up around town.

The City has made important (and expensive) efforts to catch, filter and reuse water from their storm drains and improve the filtering systems for well water. It has also enacted a new Water Neutrality Ordinance which forbids new projects from using more water than the buildings they replace. If those projects cannot comply with that requirement, their developers can pay an “In-lieu Water Off-set Fee” to satisfy the City’s ordinance, or they can retrofit older buildings throughout the city with new water-efficient toilets and showerheads to make up the difference.

But there are only so many toilets and showerheads that can be replaced and a limited amount of extra water that can be recovered through better filter systems. For all the well-intentioned efforts, new showerheads, “In-Lieu Fees” and recycled landscaping water in limited areas around the City do not new drinking water make. And our efforts to increase the share of locally-produced water have nearly flatlined since 2015, increasing by only 3 percent in the past three years.

We don’t even know how much water can be sucked up from our own wells–the city is still studying how much water can be removed from the aquifer without depleting it. These studies are scheduled to be complete by 2020: the very same time the city hopes to already be self-sufficient in its water supply. Worse yet: preliminary studies of the aquifer’s reserves, outlined in a study presented to City Council in January (https://tinyurl.com/yas3f23e), now seem to suggest that the amount that can be safely withdrawn from the Arcadia, Charnock and Olympic subbasins is over a billion gallons of water per year less than previously thought. To help make up the shortfall, the City has been drilling exploratory wells closer to the coast (one of them next to City Hall), hoping to strike water, and building new water-catchment and recycling devices at the beach, and other places around town.

All these efforts are exactly what the City needs to do. But they also point to the reality of diminishing returns on the investment. We’re expending a great deal more effort to obtain increasingly smaller fractions of water. The inescapable conclusion is that, while additional water might become available at some point, we’re really close to the final limits of the water resources we will need in the future, even without counting the increasingly-uncertain rainfall during a time of climate change; rainfall that is critical to the replenishment of our groundwater supply.

The City’s goal of sustained water self-sufficiency within the next year or so seems increasingly, and frustratingly, hard to reach, notwithstanding its organized, dedicated effort, its large expenditures on sophisticated infrastructure and cheerful press releases and announcements to the contrary. All of these measures to conserve and reuse water are laudable and reflect a real commitment to solve our water problem. But they also reflect uncertainty about the viability of the self-sufficiency-by-2020 goal.

If we somehow do become self-sufficient in water when measured against today’s needs, the developing increase in our population and our City’s surging economic activity will inexorably lead us away from that self-sufficiency in the near future. If every item in Santa Monica’s Sustainable Water Master Plan works perfectly as hoped-for, we might–possibly– have enough locally-sourced water for our needs today. The coming years, however, present a very different picture.

Something has to give; either demand must be severely and permanently reduced, the water supply must be increased through other means (such as desalination), or the city must surrender its goal of water self-sufficiency. Each of these alternatives has a political price to be paid, and there is little sign of the City’s will, or even inclination, to pay it. Will we curtail development? Will we limit the number of hotels? Will we require all gardens and yards to be uprooted? Our need to pay the piper may not be far off, but we seem to be boxed in by policies that hinder a real solution to the water problem, and even exacerbate it.

Sooner, perhaps, than later, the price of these policies will reflect their true cost to us all. Water rates in our city will inevitably have to reflect the cost of making new water. We haven’t seen significant rate increases recently because a series of one-off and short-term financial windfalls and benefits have kept the city’s water funds intact, for now. But it’s a fool’s errand to expect this situation to continue indefinitely.

Santa Monica police make arrest near Starbucks on Main and Olympic A man was arrested after parking in the red...