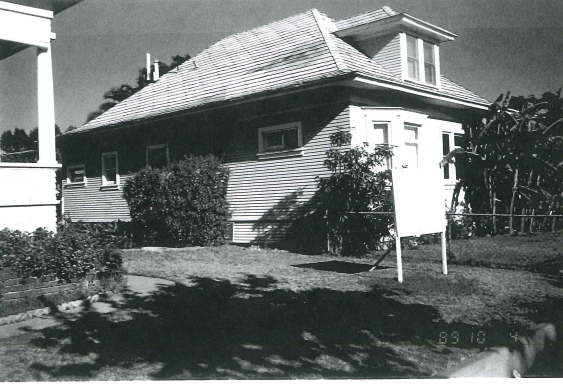 The 1947 feel-good movie Miracle on 34th Street hinges substantially on whether Santa Claus is real. Likewise the debate about the proposed 11th Street Bungalow Historic District at the last two Landmarks Commission meetings hinged on whether it is a real Historical District? This proposed District is a collection of 1904 to 1925 bungalows on the east side of 11th Street from Wilshire Boulevard to Arizona Avenue.

Initially things did not look good for this District that had started its painful birth almost 30 years ago with the 1989 battle to save from demolition an important craftsman home at 1253 11th Street. That protracted battle, which rose to City Council level but was eventually lost, interestingly figured many of the same preservationists such as Susan Suntree, Ruthanne Lehrer, Ken Breisch, Thomas Hines and Robert Winter that have reappeared three decades later in the battle for this current District designation.

In the intervening decades there was some erosion to the potential district with for example the illegal loss of the original oriental roof detailing at the home at 1218 11th Street but the real adversaries were City selected consultants that took a very negative public position. For unknown reasons the City’s 2018 Historical Resources Inventory mysteriously said this no longer qualified as a district while all previous inventories said it did and the actual historian selected by the City to review the District application said essentially there was no there there and ignored significant findings that might have justified the District.

Counterbalancing these nay sayers was the Santa Monica and Pasadena Conservancies, six of the seven Neighborhood Organizations, Santa Monica for Renters Rights, SMa.r.t, the Housing Commission and dozens of preservation luminaries such as Bea Nemlaha, Tim Vreeland, Sherrill Kushner and Mike Salazar among others. Leading this parade were the co chairs Susan Suntree and Diane Miller with Andrew Hoyer who actually filed the designation application for Mid Cities Neighbors. Over a period of about two years, they amassed an incredible collection of volunteer activists, researchers, neighborhood organizers, architects and preservationists to make the case that this district consisting of ten properties, five of which were intact contributors to the district, two were altered contributors and three non contributors (not built between 1904 and 1925), merited designation as the City’s 4th historic district.

The detractors emphasized that the five small contributing bungalows where visually overwhelmed by their adjacent two and three story neighbors and were too dispersed: only two contributors were side by side. Then there was the fact that only 50 percent of the hundred year old bungalows were contributors still substantially in their original condition. The altered contributors compromised the street scape as did the huge amount of street traffic and finally the entire block was screened by oversized fences and vegetation. The opponents argued that it did not look or “feel” like it had the integrity of a real historic District. These arguments deadlocked the first Landmark Commission meeting November 12: three for, two against one recused and one absent. This would have been a technical denial since four “yes” votes are needed for approval but the item was fortunately continued to the next meeting.

At the next meeting the Three Housequeteers (Genser, Sloan and Rosenbaum) rode to the rescue with a strong case and eloquent arguments that the proposed District should be designated because it met three specific findings of the Santa Monica’s Historical Code:

2. It reflects a geographical pattern of settlement. This street’s homes represents the eastern growing edge of our City’s development away from the ocean at the turn of the last century. During the twenty-odd year period of historical significance (1904-1925) the City grew from a quiet village (pop. 5,299) to a bustling town (pop. 26,196). This explosive, five-fold growth rate has never been duplicated since in any two-decade period.

3. It connects to the life of famous personages or builder/architects. Waldo K. Cowan who built four of the houses, shaped Santa Monica’s founding civic culture, having served on many local boards and commissions, including, among others, the Santa Monica School Board, election boards, and the United Charities board. He was a member of the organization that became the Chamber of Commerce. He was known in Southern California to advocate for urban agriculture, bike paths and better roads. These last three initiatives are proposals we are still trying to implement today. Ken Strickfadden, a special effects genius lived at 1223 11th Street and was known for the innovative wildly arcing and sparking effects seen in such films as the 1931 “Frankenstein” movie. He was also a photographer, providing an important record of Santa Monica, now available at our Library’s Image Archives. Santa Monica has always been intimately linked to Hollywood. Finally Joseph J Rowe built two of the houses and is praised as a master builder who brought the influence of Greene and Greene to Santa Monica. His house at 929 Lincoln has already been landmarked.

These three findings carried the day along the fact that our code does not specify the amount of historic contributors in a district, the fact that the owners who opposed the designation could still freely fully develop their rear yards, the fact that it was a pedestrian-scaled district whose fences and plantings could be easily changed and finally the altered contributors could at some future date be un-stuccoed to return to be contributors.

During this process two Landmarks Commissioners changed their mind. This is to their credit and speaks to a common feeling among people who testify at City hearings: that it doesn’t matter what you say: the officials have already made up their mind. The truth is that the recipients of public testimony are influenced and are influenceable, so you should always make your case; the outcome can change up until the very last minute as it did in this case . The final vote was a victorious unanimous five yes, one recused and one absent.

Yes Virginia there is a Santa Claus. He just brought us a brand new one-hundred-year-old Historic District for the City Council’s blessing in January.