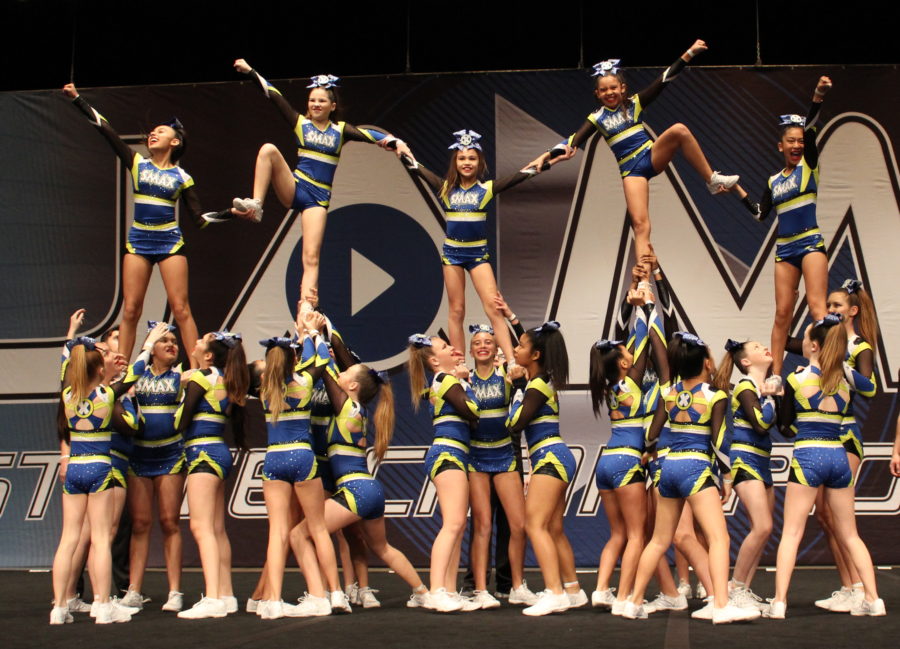 The team is consists of 25 athletes ages 9-15 from Santa Monica and surrounding areas and is coached by Sequoia Rogers, Erika Parsons, Holly Redheffer and Katie Redheffer

The girls have placed first in five out of the six competitions this season, two of which they received the title of Grand Champions, which means they had the highest score out of all of the teams that competed that day.

“Each athlete’s self-drive and passion for the sport is amazing.  When they get knocked down and do not get the results they desire, they just continue to get back up and put in more work and go and perform to their best. The team’s sisterly attitude is wonderful to watch and participate in; everyone truly is family,” the team said in a statement.

Those interested in joining the team, can signup beginning in March.  For more information, visit smaxcheer.com.