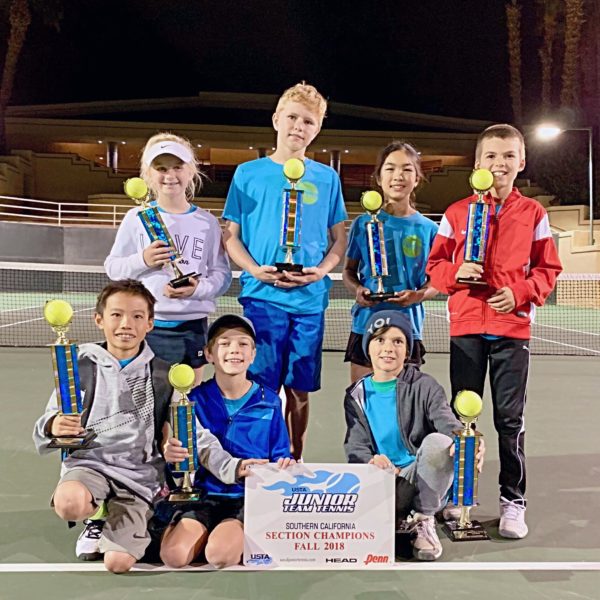 SMTC 10 and under team wins big in desert.

The Santa Monica Tennis Collective (SMTC) 10 and under (10u) “black” team traveled to Palm Desert recently and came back to the Westside undefeated and with trophies.

The tournament, put on by the United States Tennis Association (USTA), featured over 80 USTA Jr. Team Tennis teams from all across Southern California featuring over 800 players. The stiff competition was not an issue for SMTC, however, as the team did not lose a match and posted a winning percentage over the weekend greater than 80 percent.

SMTC’s No. 1 player Sam Kinjo capped off a dominating season in which he did not lose a set by going undefeated at sectionals along with No. 2 player Connor Yang, who also did not lose a set all season. In fact, the team as a whole only lost nine sets in their entire season.