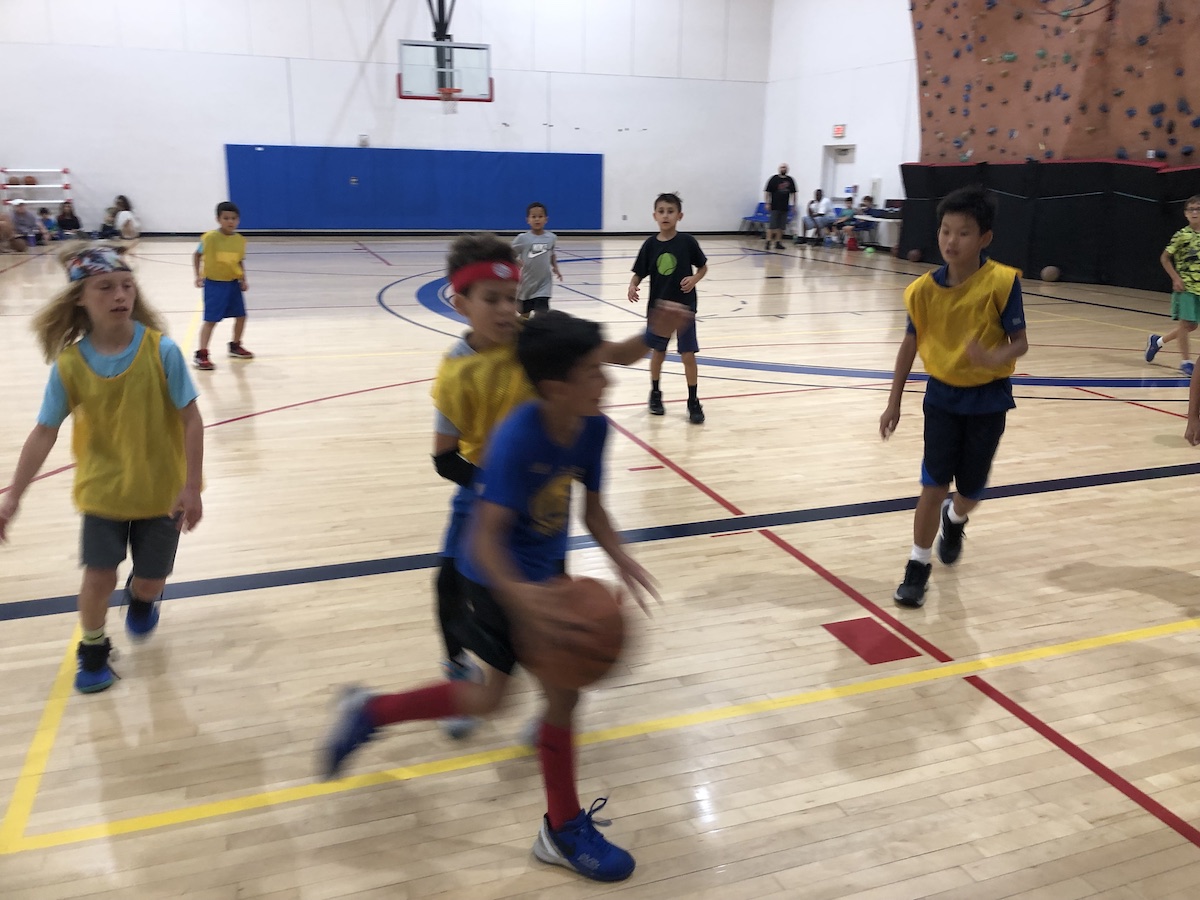 Welcome to the first issue of volume five of Swish, a weekly periodical with recaps and photos of Santa Monica YMCA youth basketball games, and other pertinent info such as announcements and updates from the program.

This past weekend, all 30 teams in the Fall Santa Monica YMCA youth basketball league had a practice/scrimmage against an opponent from the same division.  This was the opportunity for teams to have their players get used to playing with each other and to learn how to work as a unit.

Regular season will start this coming weekend, and the excitement is building towards a fun and entertaining weekend of youth basketball.  All games are at the Santa Monica YMCA, and if you have a relative or friend that you wish to see play, then come watch the game, and remember, admission is free.

History of Basketball: Dr. James Naismith and the YMCA

Did you know that the game of basketball was invented at the YMCA?  In 1891, Canadian James Naismith, who had a degree in physical education from McGill University in Montreal, Canada, and had become the university’s first athletic director, left Montreal to become a physical education teacher at the YMCA International Training School (later to be named Springfield College), in Springfield, Massachusetts.

It was the wintertime, and Naismith had the task of trying to keep rowdy young men occupied with a game or activity that could be done inside the gymnasium during the harsh weather of the New England winter.  He wanted to make sure that it was an activity that wouldn’t involve physical roughness such as football or lacrosse. So he created an activity that had 13 simple rules:

Obviously, there have been changes since these original rules, such as adding dribbling, free throws, and point values.  But the game has many of the same roots in the original rules.

At first, Naismith wanted to use boxes for the goals, but had to settle for peach baskets, when no boxes were available.  To be honest, I don’t think that I would like the name “Boxball”

The YMCA was instrumental in promoting the sport throughout the United States, Canada, and the rest of the world by having YMCA basketball leagues established.  Naismith would become the physical education director for the Denver YMCA, while working on his medical degree. Even during WWI, Naismith was an army chaplain who worked at the YMCA in France, promoting the sport.

On his graduation from medical school, the University of Kansas was seeking an athletic coach and a director for their 650 seat chapel which students attended every morning. He was ideally prepared for the post and was recommended to the University as ‘..inventor of basketball, medical doctor, Presbyterian minister, teetotaler, all-round athlete, non-smoker, and owner of a vocabulary without cuss words.’  He went on to become the head basketball coach at the University of Kansas.

Dr. Naismith lived long enough to see basketball make its debut as an Olympic sport in Berlin in 1936, as he was in attendance to watch the sport that he invented.  By his passing in 1939, basketball had become a collegiate sport, and was being played at YMCAs all around the world, and to be enjoyed by future generations for many years to come.

Each week, Swish has a profile of a coach, player, or someone in the program who inspires all of us involved in Santa Monica YMCA basketball.

This week’s profile is of two of our players who are best buddies, and have been playing together for many seasons.  Luke Khosla and Eric Papazian can be found together as teammates but also hanging around the Santa Monica YMCA playing basketball games with friends or against each other.  Luke and Eric are always helping other kids at the YMCA to join in their pickup games, or helping younger players improve their skills. Luke and Eric are excellent examples of what we wish to see with our players:  sportsmanship, enthusiasm, and helping others. I was lucky enough to separate them for a moment to ask a few questions:

DocDrew:  What do you enjoy most about playing basketball at the Santa Monica YMCA?

Eric:   The thing I enjoy most at the YMCA is its way of being serious and fun at the same time. I love being around my friends and learning new things. I also love making new friends with my new teams.

Luke:  Basketball has always been and forever will be my favorite sport. It is fast paced and exciting and the feeling of making a basket will never get old.

DocDrew:  Which are your favorite memories or moments during your playing career at the Santa Monica YMCA?

Eric:  My favorite moments at the YMCA are the tryouts, championships, and the potluck.

Luke:   My favorite moment playing at the y is when I scored 20 points in one game. That is a feeling I’m looking forward to this season.

DocDrew:  Who are your favorite players and why?

Eric:  I don’t have a specific player that I like. But if I had to choose, I would choose someone who is respectful on the court and off the court. For example, I like people like Kawhi Leonard because he helped kids in need and is very calm on the court.

Luke:  My favorite basketball player is Patrick Beverly of the LA Clippers because of his effort, heart, passion for the game, and energy.

Luke and Eric emphasize what we want to see at the YMCA, friendship that provides support to their teammates and all others that participate in the youth basketball program.  Their sportsmanship and enjoyment for the game help set examples for the younger players to follow.

Scrimmage between the Delfonics and Clovers.
Food & Drink

Scrimmage between the Delfonics and Clovers.
Food & Drink