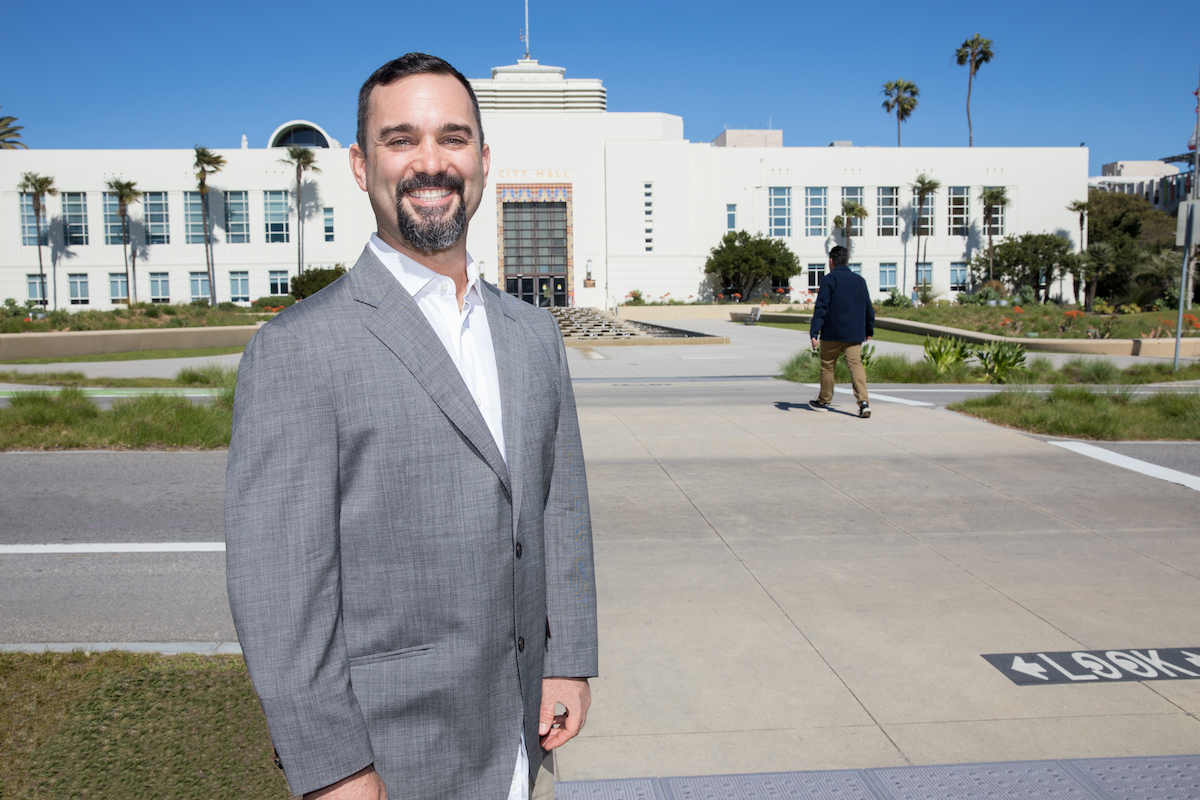 Morena, whose family owns the Albright restaurant on the Santa Monica Pier, said a statement on June 17 that he has to renegotiate the lease or close the restaurant. The Santa Monica Pier is owned by the City of Santa Monica, and therefore Morena cited a conflict of interest as the reason behind his resignation.

“Like so many small independent businesses, I have struggled over the last three months to protect my family and my employees and their families who work at my restaurant on the Pier. I have taken out loans and gone into the red to feed them, keep up their health insurance, and do everything possible to have jobs waiting for them once this crisis is over. But unless I am able to renegotiate my lease for July and onward, I will no longer be able to remain in business,” Morena said, who has lived in Santa Monica for 37 years on the same Sunset Park street he grew up on. “While this narrative is echoed throughout restaurants in Southern California, what makes my story different is that my landlord is the City of Santa Monica and I am a Councilmember. As such, it is illegal to renegotiate ‘with myself.’”

Morena says he plans on remaining involved with civic matters and at the forefront of the City’s recovery efforts.

Applicants must be residents and registered voters of the City of Santa Monica and cannot be employed by the City.

“This position is subject to the State Political Reform Act requiring disclosure of conflict of interests, and the City’s Taxpayer Protection Act (Oaks Initiative), according to the City,” says the City.

Applications are due by noon on Tuesday, July 7, 2020. All applications received before the deadline will be considered by the City Council at the July 14, 2020 Council meeting. The person appointed to the vacant at-large Council seat will assume the seat upon Council confirmation of the appointment. The seat will be up for election at the next general municipal election, currently scheduled for November 3, 2020.

“The City has pending its appeal from a judgment in a lawsuit that might require Santa Monica to transition from an at-large election system to a district-based system where each of the seven Councilmembers is elected by and represents the district in which the Councilmember lives and might require an election for Council seats to be held before November 3, 2020. The results of the appeal would not impact the appointment through the next election for Council seats, but could affect when that election occurs and how the seat is filled at that election,” said the City in a statement.

In a ruling released February 15, 2019, Los Angeles Superior Court Judge Yvette M. Palazuelos ordered that all future elections for seats on the Santa Monica City Council be based on a seven-district map drawn by an expert for the plaintiffs.

The City is currently appealing this decision.

The 2nd District Court of Appeal is set to hear oral arguments on June 30.

The case was expedited last year at the request of the City. The Appeals Court granted the case calendar preference to ensure a decision is made by July 10 to allow a City Council election to be held in November as scheduled