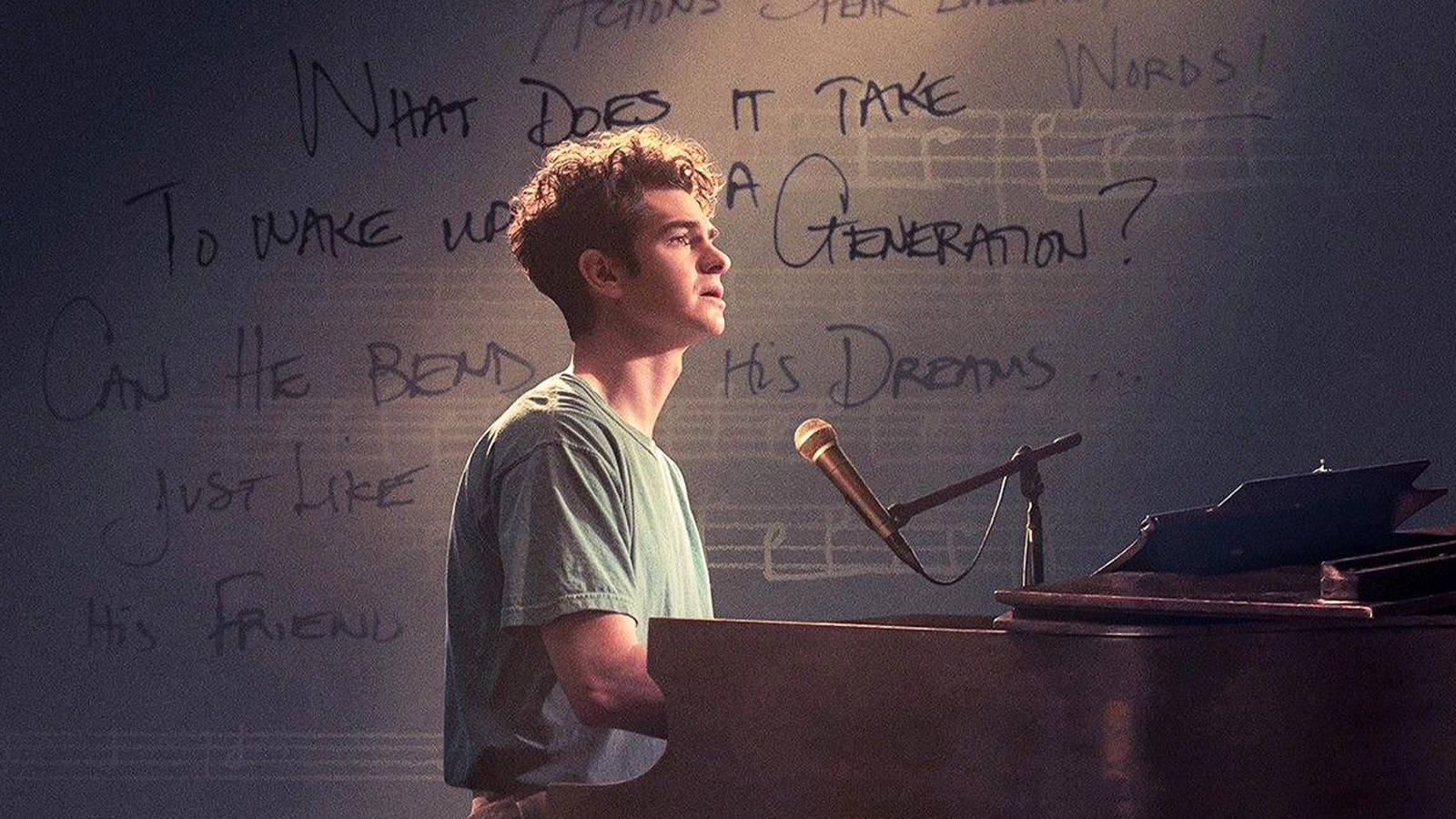 I’d like to turn everyone’s attention to a film that was released in November, which to me is one of the great films of 2021. I believe this film will be shown in film history and musical theatre history classes for years as an example of brilliance in using the musical theatre format to tell a story on screen. Tick, Tick…Boom! Is the “sleeper” film of the year, the hidden surprise, if you will. This is Lin-Manuel Miranda’s first turn as a feature film director, and in my estimation, he aces the challenge.

Anyone who has worked to learn an unfamiliar language knows that when you start dreaming in that language it’s a major step in absorbing a level of fluency. Miranda dreams in musical theatre. I love musician-directors. Miranda establishes a beat at the very beginning, faster than a “normal” cinematic rhythm, and he keeps it going all the way through to the end. It’s like a musical heartbeat reflecting the pace at which the protagonist of this autobiographical story, Jonathan Larson, lived and created. Miranda has very skillfully woven Larson’s own musical, tick,tick…BOOM! into a cinematic story that resonates with the staccato beat of the musical. I would credit his extraordinary sense of movement and sound through time and space that made his musical Hamilton such an incredibly popular work of art.

This film is a collaboration of the musical theatre instincts of great artists. Larson himself wrote the musical that frames the story. It was first performed as a one-man “rock monologue” in 1990 but it never found its way to Broadway. Larson went on to create the musical Rent, which became a huge commercial and critical success. However Larson died unexpectedly at the age of 35 on the night of the final dress rehearsal. Screenwriter Steven Levenson and Miranda had both appeared in an off-Broadway mountings of Tick,Tick…Boom! in the early 2000’s, and the show spoke to both of them.

Miranda’s vision of the film, which prevailed through years of development, was to make the one-man show the centerpiece of the story. Together Levenson and Miranda researched Larson’s archives at the Library of Congress to put the film together. They brought on Andrew Garfield to play Larson, in a performance that has been called “uncanny.” One of the greatest actors working today, you are probably familiar with Garfield’s performances in the Spiderman franchise and Hacksaw Ridge (2016). You didn’t know he could sing though. Before this movie, neither did he.
He had always wanted to develop a singing voice. Of his singing ability, Garfield himself said, “Forget publicly known – it wasn’t privately known, it was a journey of discovery! I owe it to Lin for laving the foolishness or the foresight that I could reach where I needed to reach in order to honor Jon.” If you search hard, you may be able to find on Google, a split screen of Garfield’s performance against Larson himself singing the same song from the musical. Garfield embodies Larson’s soul perfectly.

There are many other superb performances here as well, including Vanessa Hudgens, Robin de Jesus, Judith Light and Bradley Whitford. For musical theatre buffs, there are also some great cameos by real living legends.

It was actually advantageous that Miranda had no experience as a film director to get in the way of his imagining of the way to tell the story. As he put it, “I don’t know how to make a movie, but I do know how to make a musical…you would have workshops, you would have readings, you’d put it on its feet and try it out. And that’s exactly what we did with Tick, Tick…Boom!”