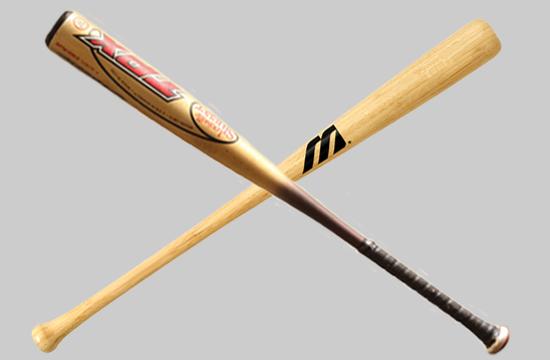 There is a tough call in baseball right now, but it’s not up to the umpires.

The question is whether or not to ban metal bats from high school baseball, and the California Senate will have to decide if aluminum bats are safe – or if they should be out.

In March, Assemblymember Jared Huffman, (D-San Rafael) proposed a bill which would place a one-year moratorium on the use of metal bats in high school baseball. He proposed the bill after Gunnar Sandberg, a 16-year-old pitcher at Marin Catholic High School, was hit in the head by a line drive from a metal bat on March 11.

“It’s time to seriously consider the safety of allowing kids to use performance-enhancing metal bats with the pitcher standing just 60 feet away with virtually no protection,” Huffman said.

The moratorium would give lawmakers a chance to look for ways to make the game safer, such as new standards for bats or headgear for pitchers. The bill is currently pending on the senate floor. If it is signed into law, it will go into effect on Jan. 1, 2011.

California is not the first state to propose such a ban, and several other states have debated similar legislation. North Dakota and New York City already have bans on metal bats in place.

However, opponents contend the bill is overreaching.

Iran Novick, president of the California Baseball Coaches Association, said he opposes the bill because the National Federation of State High School Associations (NFHS) and the CIF set the rules for high school baseball, not the state legislature.

“We need to have our own organizations set their own rules,” he said.

The NFHS has established new bat standards based on research conducted by the NCAA. Those standards are set to go into effect in January 2012. Novick said the new bats will hit almost identical to wood bats without breaking.

“We have people in place who have done research and set new bat standards, and the legislature is attempting to go into an area in which they have no expertise,” he said.

Santa Monica High School baseball coach Sheldon Philip-Guide said there are several reasons to object to the bill, one of the main ones being that wood bats will change the way the game is played.

“For me, it will probably take away from the high score and the explosiveness of the game,” he said. He explained that the “sweet spot” on a wood bat is smaller than on an aluminum bat, and leaves less room for error.

Wood bats can also cost more in the long run, as a team can break a dozen or more wood bats in a year, whereas a metal bat can last for years.

Proponents contend that the bill will make baseball safer, while opponents say they are already working to keep players safe. No one wants to see Sandberg’s injury repeated, but the question of whether the proposed law is fair or foul is anybody’s call.