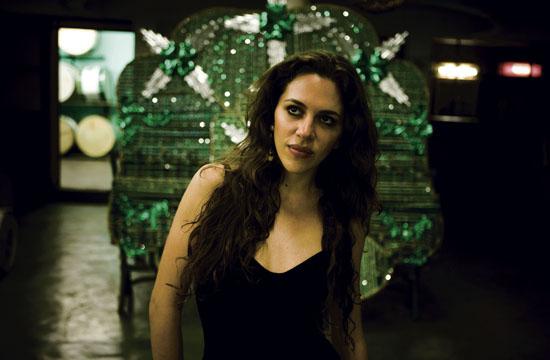 Santa Monica and Venice music lovers alike may want to enliven their Tuesday evening with one of Brazil’s most promising artists in Luísa Maita, who will be coming to the Townhouse, among the newest of music venues in the area, on Tuesday, Sept. 13.

Touted by NPR as the “new voice of Brazil” and recently earning the “Best New Artist” honor at the Brazilian Music Awards (the country’s equivalent of a Grammy), Maita’s music is best labeled as samba swing.

Among the adjectives used in the press to describe Maita are “seductive” and “sultry.”

However, the most telling proclamation comes in the form of statistics: Maita’s debut album “Lero-Lero” claimed the top spots on the iTunes and Amazon sales charts as well as the CMI radio charts.

Maita’s music can be described as tropical yet contemporary, featuring elements of electronica, pop, and bossa nova. There is also quite the acoustic theme to Maita’s sound.

Later, she would join a group called Urbanda, who released an album with her in 2003. A few years after that, Maita would be selected by Rolling Stone Brazil for its “2010 Hot List,” with her hit single “Beleza” (which she co-wrote with Rodrigo Campos), also notching high marks on the pop charts.