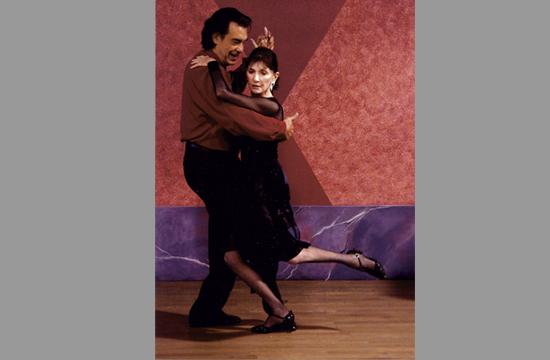 It’s never too late to start dancing – as 88-year-old Phyllis Sues can attest to as she prepares to perform in Santa Monica this Monday, Oct. 17.

Five years ago, Sues decided to take up Tango dancing. Not only did she master the art of Tango, but also composed six Tangos on the piano and at 87 released her debut CD “Tango Insomnia.”

Along with her 78-year-old dance partner Felix Chavez, the pair will perform Argentine tango at the Santa Monica Bay Woman’s Club on Monday in Vladimir’s and Dmitry’s “Divo” Milonga as part of the Argentine Tango Dance Club’s regular Monday night series.

Phyllis dances every day with her dance partner Chavez in West Los Angeles.

They perform and compete in dance shows nationwide.

In addition to other exercises like yoga, dancing has helped Sues to stay active.

She has inspired many to hold onto the desire to challenge themselves and take the action needed to stay healthy and fit.

For Sues, age has never meant anything.

It really is just a number and she is showing no signs of slowing down.

“The Godfather of Fitness” Jack LaLanne, inspired Phyllis with his powerful influence in encouraging millions of Americans to live a healthier life through fitness and exercise.

In the late 1950s, Phyllis joined one of his famous health clubs in Los Angeles.

She always remembers his gospel message “get out of your chair, work out and feel better!”

Phyllis feels that she is doing more now than she ever has. Her motto is “Don’t wait to expire!”

General admission to Monday night’s event is $12. The class only is $15 and the class and milonga is $20.