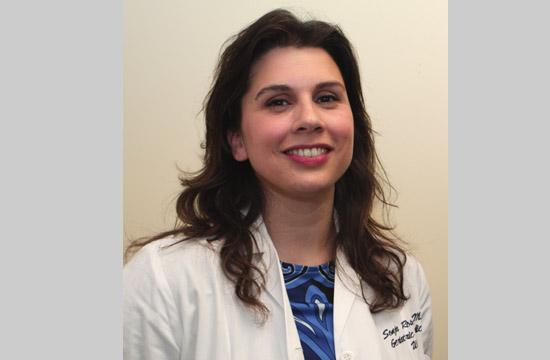 With the end of summer and the arrival of fall, flu season is just around the corner. And now pertussis, also known as “whooping cough,” is on the rise in California. If you are 65 or older, here’s what you need to know to keep yourself – and your loved ones – infection-free and healthy.

Tetanus, also known as “lockjaw,” begins when tetanus bacteria enter the body, generally through a wound or cut exposed to contaminated soil. It causes painful muscle spasms, usually all over the body, and can lead to tightening of jaw muscles until victims cannot open their mouth or swallow. Tetanus kills about one out of 10 people who become infected, but is easily preventable through vaccination.

Diphtheria, a potentially fatal disease that usually involves a thick membrane covering over the tonsils and back of the throat, can lead to breathing problems, paralysis, heart failure, and even death. Once a fatal childhood disease, it is now rare in developed countries because of widespread immunization.

Pertussis causes severe coughing spells, vomiting, and disturbed sleep. The periods of uncontrollable coughing are followed by a high-pitched intake of air creating the “whooping” sound that led to its nickname. There has been a new epidemic of whooping cough in California since last year. A highly contagious upper-respiratory infection, whooping cough initially resembles an ordinary cold, but eventually becomes more serious, particularly in infants. It is most contagious before the coughing starts.

The best way to prevent all of these infections is through vaccinations. The booster vaccine for adolescents and adults is called “Tdap” – short for tetanus, diphtheria, and pertussis – because it covers all three. Adults should get a Tdap booster every 10 years.

During flu epidemics, the hospitalization rate for older people increases two to five times. Flu vaccinations are necessary every year because the flu virus constantly changes. Vaccination helps prevent both the flu and its more serious complications, such as pneumonia, that can be deadly. The CDC recommends that everyone six months or older should receive a flu shot every year between September and mid-November. This is especially important if you are 65 or older, due to the increased rate of complications that older patients have from the flu. The 2012-13 vaccine will protect against an influenza A H3N2 virus, influenza B virus and the H1N1 virus that emerged in 2009 to cause a pandemic. Side effects are usually rare.

The FDA is emphasizing the importance of getting vaccinated, especially this year, as two of the three virus strains used in this season’s flu vaccine differ from the strains included in last year’s version.

Pneumococcal disease is caused by streptococcus pneumonia bacteria. It is a leading cause of vaccine-preventable illness and death in the United States. Anyone can get pneumococcal disease, but older adults are at higher risk. Of the more than 40,000 deaths caused by these infections each year, 80 percent are in people over 65 years old. Consequently, anyone 65-plus should receive the Pneumovax to help prevent pneumococcal pneumonia.

Usually, only one vaccine dose is needed. However, a second dose is recommended if:

You received the Pneumovax when you were younger than 65 – and it has been five or more years since you were vaccinated.

You have underlying lung disease. Then, you should get vaccinated every five years. If unsure about ever receiving Pneumovax, then it’s best to get vaccinated.

Shingles is a painful condition usually characterized by rash on one side of the body. It’s caused by the Herpes Zoster virus, which also causes chicken pox. If you had chicken pox when you were younger, the same virus can reactivate in the form of shingles as you age.

The shingles vaccine should be given to all people age 60 or older, including those who have had a previous episode of shingles. Because it is a live vaccine, you should not get it if you are immune-deficient, taking immunosuppressive therapies or have untreated tuberculosis.

As always, please check with your doctor if you have questions about the safety or appropriateness of any vaccine.

Dr. Sonja Rosen, board-certified in both geriatrics and internal medicine, is a geriatrician with the highly regarded UCLA Geriatrics Program in Santa Monica. She also is medical director of the Geriatrics Unit at UCLA’s new Santa Monica campus. Call 310.319.4371 for more information.