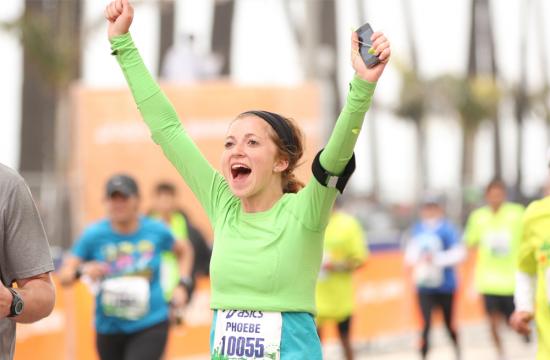 After a highly successful sold-out 2013 race, the addition of a new title sponsor and increased international recognition for the event, the ASICS LA Marathon is on a roll.

To help propel the race even further on a global stage, LA MARATHON LLC announced that Tracey Russell, Executive Director of the Atlanta Track Club (ATC), will join the ASICS LA Marathon as its new chief executive officer. The ATC manages the AJC Peachtree Road Race, the Atlanta Half Marathon and the Atlanta Marathon.

Russell joins the LA Marathon with nearly two decades of race management experience. At ATC under her leadership, both annual sponsorship revenue and the organizational budget doubled over the past six years, and more than 15 new running and youth events were added to the ATC’s portfolio. She tripled the club’s membership to more than 19,000 runners and significantly enhanced the charity and youth outreach programs throughout her tenure. Prior to her time at ATC, Russell spent 12 years with the Metropolitan Richmond Sports Backers, which owns and produces 13 different sporting events annually.

In Los Angeles, Russell will have responsibility for the ASICS LA Marathon and other LA MARATHON LLC properties, with the goal of increasing participation, viewership, charitable donations and sponsorships for all races, while branding the marathon worldwide.

Russell was selected after an extensive national search.

“Tracey is a true leader in the road racing industry, and has delivered incredible results her entire career,” said Howard Sunkin, LA Marathon Board member and executive at McCourt Group, the owner of the operating rights to the race.  In her new position, Russell will play a critical role in forging a path for the ASICS LA Marathon and continue to raise the profile of the race around the globe.

“Our Stadium to the Sea course is one of the most iconic and beautiful in the world,” according to Sunkin, “and we’re ready to take the ASICS LA Marathon to a new level that attracts more international runners and race partners. Tracey is the right person at the right time to make that happen.”

“I have been extremely impressed with the transformation the ASICS LA Marathon has undergone over the past several years, and I am thrilled to be a part of the race’s bright future,” Russell said. “From the introduction of the Stadium to the Sea course to the incredible experience the race provides each and every participant, the ASICS LA Marathon is becoming a must-run event.  I look forward to working with longtime race director Nick Curl and the outstanding team he has assembled in Los Angeles to create an event that brings even greater value to the people of Southern California, to local charities, and to runners nationally and globally.”

Russell will assume her new responsibilities after the July 4 AJC Peachtree Road Race.  Under Russell’s leadership, the AJC Peachtree Road Race has maintained its title as the largest 10K in the world.  The 2013 event marks a milestone in the racing world:  this is the first event that will host both the USA Men’s 10 km Championship and the USA Women’s 10 km Championship.

The search was conducted by Turnkey Search, one of the sports and entertainment industry’s leading executive search and recruiting firms.

The LA Marathon LLC is a leading U.S. running organization dedicated to transforming lives through year-round resources and events while serving and connecting communities. LA Marathon LLC properties include the ASICS LA Marathon, the LA Big 5K (held the day before the Marathon at Dodger Stadium), the Santa Monica Classic 5K/10K in May and the popular six-month LA Roadrunners training program led by renowned coach Andrew Kastor. For more information, visit www.lamarathon.com.