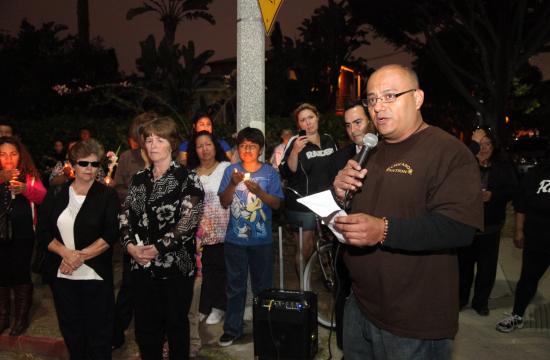 Editor’s Note: This is an opinion piece from Jaime S. Cruz, who is a Lecturer in the Department of Chicana/o Studies at California State University, Northridge and a life long Pico neighborhood resident.

This article was initially written on Monday June 11, 2013 as I was reflecting on the atrocities and travesties that occurred in Santa Monica on June 7, 2013.

The lives of five people were senselessly lost in a matter of minutes.

An SMC groundskeeper, his daughter, a father and his son; however what has resonated most with me was the “other” woman (as she was initially described by the media).

The incidents of June 7 share a number of parallels with violence that plagued Santa Monica for several weeks in October of 1998; the media sensationalized the events specifically due to the murder of a German tourist who was killed near the Santa Monica pier during an attempted robbery.

The life of a young Latino who was shot and killed in front of Santa Monica High school an hour before became “other news.”

In addition, in the ensuing weeks the lives of other young Latinos who were killed in the Pico Neighborhood became “other news,” including that of a Chicano UCLA student who was shot in front of his house.

I remember Ms. Gomez coming to my Tuesday / Thursday 11:15 am class to pick up recycling disposals about three weeks ago. Contrary to what was initially mentioned, she was not a transient or homeless woman.

She was a mother of a couple of children who resided in the heart of the Pico Neighborhood for nearly 30 years.

Despite the stigmas that are (historically) attached to Latinos and people of color, Ms. Gomez, who for years collected recyclables to make ends meet still managed to donate money to the local fitness group that she was a member of at Virginia Avenue Park.

She also donated some of her money to Saint Anne’s Church in Santa Monica.

Similarly, Carlos Franco, who kept the SMC campus manicured, encouraged his daughter Marcela to pursue higher education at Cal State Dominguez Hills– he had driven her to the SMC campus to purchase her summer textbooks.

These individuals are not the exception, they are representations of who we are: hard working, educated, family oriented and giving.

While completing my undergraduate and graduate work at UCLA, the people that I more than often conversed with were the facilities management workers. They reminded me of the type of work that my mom engaged in for many years, therefore I have complete admiration for them.

But more importantly it was my mother’s hard work that made it possible for me to be completing my degrees at UCLA.

On Sunday June 9, a few days after the SMC shootings, and just blocks from where the lives of two people were taken, a young Latino man was shot – aside from the locals, few people knew about the shooting.

And on Tuesday June 11, Gil Verastegui along with his friend are shot in the early morning.

Gil later died at the hospital.

It wasn’t just another “Mexican,” who was shot.

I have accounted 60 people that have been killed in the Pico Neighborhood since 1986.

This equates to about two homicides per year.

More than often we forget that those on the margins have families.

Perhaps in this society, the lives of certain people are valued more than others.

Nonetheless, the “other” woman – Margarita Gomez is a reflection of many of our mothers who work diligently for the betterment of their kids and their respective community.