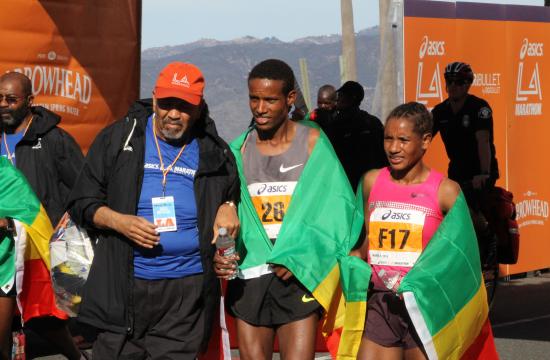 The LA Marathon on Sunday belonged to Ethiopian runners Amane Gobena and Gebo Burka, both of whom claimed the Elite Division titles.

Gobena was the first to cross the finish line, thanks in part to the early start that women had over the men.

With the Santa Monica crowd cheering them on, Gobena claimed victory in a time of two hours, 27 minutes and 37 seconds. Burka claimed the men’s race in 2:10:37.

There were an estimated 25,000 participants in the event.

The 26.2 mile course began at the outskirts of Dodger Stadium in Los Angeles and concluded on Ocean Avenue in Santa Monica.