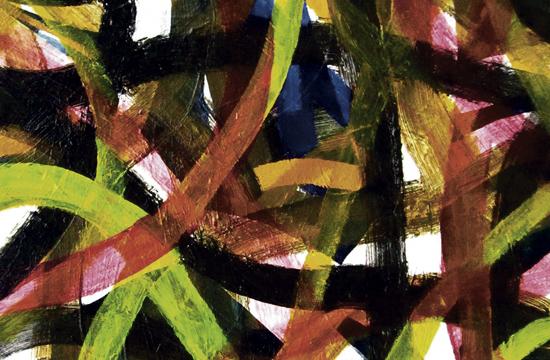 This cultural endeavor is presented in conjunction with the Istituto Italiano di Cultura in Los Angeles.

Yossi Govrin, co-founder and director of the Santa Monica Art Studios, said he was thrilled for the event.

“Since this year there is a lot of emphasis on Italy in movies and fashion, we thought it was a really wonderful idea,” Govrin said. “The opening is for an exhibition of five Italian artists titled ‘Overpainting’ curated by Matteo Galbiati. In addition, we will feature five LA artists and their group show ‘Connecting Point LA’ curated by Carl Berg.”

Govrin speaks about how the event came together.

“Originally, I met with Carl Berg, asking him whether he would curate an exhibition for our Arena 1 Gallery,” Govrin said. “Carl replied that he’d been thinking about an Italian show. He met with Gary Paller who had initiated a conversation with an Italian curator.”

Berg and Paller have been friends for more than 20 years and worked on several projects prior to this event.

Palller said he was excited to be involved.

“I (and the other local artists) will be showing only one or two pieces at Arena 1,” Paller said. “In Italy, each of the Americans will have their own room to display their work. I have sent over nine pieces and may bring some other works in my baggage to supplement if necessary.”

The two-day event will commence with a VIP reception starting at 5 pm this Saturday.

Italian pianist Giuseppina Torre will perform for 30 minutes with an opening reception beginning at 6 pm.

The second night will begin with a poetry reading at 5 pm to be followed by an hour-long performance by Torre at 6 pm.

An Italian fashion show will conclude the evening. Both events will run through 9 pm.

Govrin was impressed by her performance and asked her to be a part of this event.

“I met Carl Berg using the credentials of Yossi Govrin and The Italian Cultural Institute, explains the pianist. “It is a great honor to be the only musical guest in the Italian event.”

The Italian portion of the exhibition will be held in May at the Fondazione Vittorio Leonesio Puegnago del Garda.

This exhibition will run through May 3.

By mirrormmg April 4, 2014
in Life and Arts
Related Posts