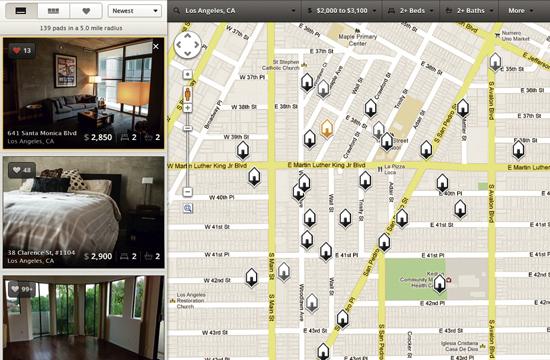 Jonathan Eppers, co-founder and CEO of RadPad, said it was “humbling to be in a position so early on where not only do two very respected companies want to buy you, but come to the table with such strong offers.”

“As a team, we’re just beginning to build the features that we’ve been thinking about since we started RadPad,” Eppers said. “We weren’t thinking about raising money this summer, but the acquisition offers presented us an opportunity to take in more capital very quickly at a value we felt was very fair. Ultimately this gives us a lot more runway and time to release major new features with the goal of becoming a one-stop shop for renters.”

RadPad’s latest round of funding was led by SG VC, L.P., with participation from existing investors Social Leverage L.P. and Michael Huffington.

RadPad plans to use the new financing – which brings the total amount raised to $3.5 million – to support the development of new features and several key new hires in technology and operations.

Since the company’s launch in 2013, RadPad has grown to become the largest rental service in Los Angeles.

More than 63,000 renters every week choose to use RadPad to find their new apartment or home among the more than 600,000 rental listings on RadPad.

After dominating the Los Angeles rental market, RadPad has since formally introduced its services to several major metropolitan cities, including Chicago and Washington, D.C., although it is accessible across all cities in the US.