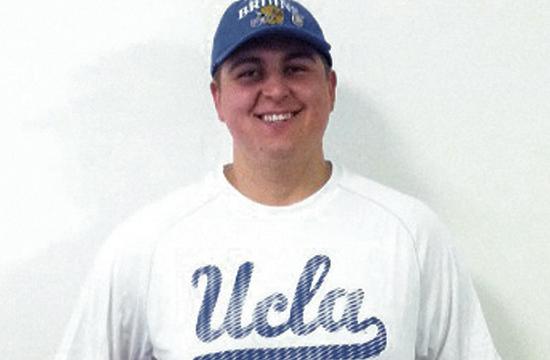 To Jesus Moreno III, Santa Monica “is a small town within a big city.” And as this football star moves on to UCLA to major in biology with the hopes of becoming an orthopedic surgeon one day, he will remain loyal to this city that has treated him so well.

On Sunday, he left for the UCLA Bruin football team training camp, held at Cal State San Bernardino. He will start his freshman year this fall as a defensive lineman and long snapper.

Moreno started out playing flag football through the CREST sports program. And while this may seem like any ordinary after-school activity, it changed this young man’s life. Moreno decided to try out for the football team and made it. He played only one year of high school football, but this led to him being recruiting for the UCLA team as a member of the Class of 2018.

At Lincoln, he received the ‘Sportsmanship Award’ several times. He was a Youth Group Peer Leader for St. Monica’s Church and received the ‘Christian Service Award’ from the Arch Diocese of Los Angeles.

He helped the Mustangs win their first CIF in school history and received 1st Team all CIF and All State Honors and graduated as a member of the National Honor Society.

He and his family express more than pride, they express gratitude towards the city of Santa Monica.

“The community of Santa Monica is very important to my son,” said his mother, Lori. “He had great teachers at the schools he attended. He still goes back to visit. The CREST sports program kept him busy while he was in middle school and the wrestling program that SAMO Wrestling offered to the middle school helped him to get into great shape when he was in seventh grade. He was lucky to have wonderful facilities like the YMCA and Santa Monica College to train and the Santa Monica Library to study.”

Clearly an accomplished young man, Moreno is doing nothing short of working hard to follow his dreams and make his city proud.