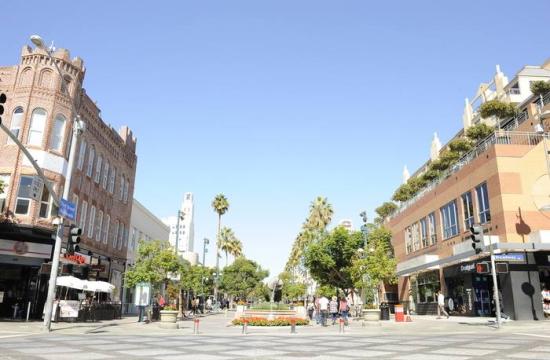 On Wednesday, Sept. 17, the community is invited to a Third Street Promenade 25th Anniversary Symposium at the Santa Monica Bay Woman’s Club at 1210 Fourth Street from 6:30-8:30 pm.

Hear from urban planning and retail experts about how civic leaders, merchants, and residents transformed a failing pedestrian mall during the late 1980s into one of the most celebrated public spaces in the world – Third Street Promenade. See what’s in store for the future as downtown Santa Monica transforms itself into a true 24/7 community.

This event is free and open to the public. RSVP to Downtown Santa Monica, Inc by Tuesday, Sept. 16 to info@downtownsm.com.

On Saturday, Sept. 20, take a funky expedition on the Sonic Submarine as the Third Street Promenade is transformed into the Westside’s largest outdoor dance party featuring KCRW’s hottest DJs.

There’s set to be something for everyone, including bubbles and lights for children, an interactive photo booth, and special discounts from some of downtown Santa Monica’s merchants.

The celebration will take place on the 1300 block of Third Street Promenade (near Arizona Ave.) from 5-10 pm.

This event is free and open to the public.

On Sunday, Sept. 21, the celebration continues with a daytime block party of bands, parades, and other DTSM community spotlights from 11 am to 3 pm.

Following the parade, enjoy free ice cream from Dandy Don’s as well as live music from some of the promenade’s most talented buskers. Take pictures and share them with friends at the interactive photo booth. Enjoy discounts and rewards offered by Downtown’s amazing merchants.

The parade will start at Broadway and Third, and end at Arizona and Third.

This event is free and open to the public.