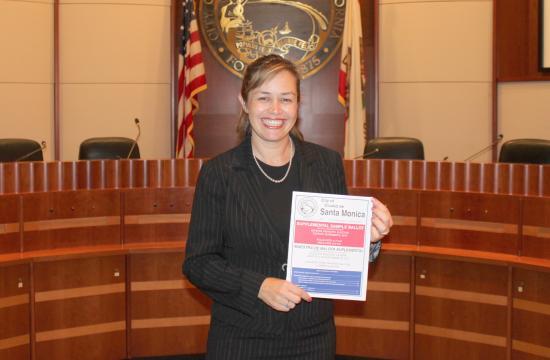 The Santa Monica City Clerk’s Office, in partnership with the California Association of Clerks and Election Officials, is commemorating that today, Aug. 6, is the 50th anniversary of the Voting Rights Act, which was signed by President Lyndon B. Johnson on August 6, 1965.

The Voting Rights Act of 1965 is a milestone in national legislation that prohibits discriminatory voting practices from disenfranchising African Americans. The act makes it illegal to require eligible voters to pass literacy tests in order to register to vote.

Within the same year the act was passed, many key events took place surrounding the Civil Rights Movement: Malcolm X was assassinated, the Selma to Montgomery marches, the Watts riots in Los Angeles, and President Johnson issued Executive Order 11246 to enforce Affirmative Action for the first time.

Since its initial passage, the act has expanded its reach with amendments that assist minorities in the voting process by providing language-specific election materials to jurisdictions with large numbers of minorities whose primary language is not English.

Celebrate the Voting Rights Act all this week by registering to vote, checking and updating your voter registration status, and requesting election material in your language from the LA County Clerk/Registrar-Recorder at www.lavote.net before Santa Monica’s next General Municipal Election on Nov. 8, 2016.