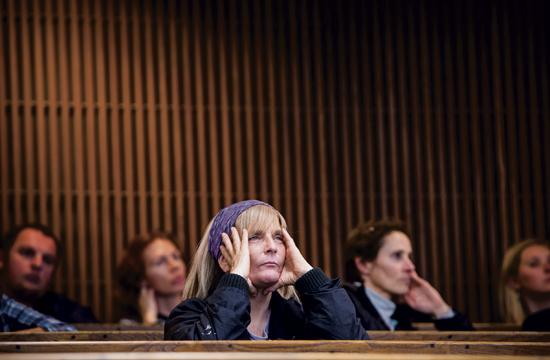 Proponents of legal action against Santa Monica-Malibu Unified School District (SMMUSD) rallied Tuesday night to gather information and garner further support on a federal law suit scheduled for May that has mounting monetary implications for the entire school district.

SMMUSD has spent $8 million in environmental consultants, testing and ongoing legal fees to date, according to the district, and with impending litigation is set to see spending “continue to rise.”

America Unites for Kids, on behalf of parents in Malibu, filed a citizen’s suit in federal court along with Public Employees for Environmental Responsibility (PEER) representing teachers, against SMMUSD.

“The suit does not seek monetary damages; it only seeks that the school district be ordered to comply with federal law and remove the PCBs,” proponents said. PCBs, polychlorinated biphenyls, are a group of manufactured organic chemicals that contain 209 individual chlorinated chemicals, with “acute toxic effects,” according to clearwater.org.

According to proponents of the action, the total cost of removing all of PCBs at the schools in question would be between $750,000 and $1.5 million.

PCBs were found in Malibu schools when SMMUSD tested window caulking after three teachers were diagnosed with thyroid cancer within months of one another.

According to SMMUSD, “all PCB remediation and removal has been done in compliance with the Toxic Control Substance Act and the Environmental Protection Agency.”

Parents and teachers disagree, calling on the nation’s preeminent expert on PCBs, Professor David Carpenter, M.D., who delivered a presentation Tuesday and took questions from the public at the community forum at Pepperdine Law School.

“We want parents to be armed with the facts to make sure they understand the deadly risk of PCBs and are able to protect their children,” said Jennifer deNicola, a Malibu High School parent and president of America Unites for Kids. “Everyone claims they don’t want to put kids at risk, yet what happened in Flint is what’s happening in our schools: kids are being poisoned because government officials are unwilling to do their jobs.”

Experts say that the only way to eliminate the risk to students and teachers is to remove toxic PCBs, and Federal law requires removal, according to proponents.

“The school district, however, claims that it is safe to leave the PCBs in place and that it can protect kids by simply wiping the surfaces with wet rags until a purported future renovation. After two-and-a-half years, however, the school district has no scheduled renovation plan to remove all PCBs,” proponents said.

Also speaking at the event was a Malibu teacher with cancer who has been exposed to PCBs in her public school classroom, and attorneys from Cotchett, Pitre & McCarthy, one of the nation’s preeminent litigators of toxic exposure cases.

PCB exposure in Malibu schools is now thought to be behind at least 30 cases of thyroid disease, thyroid cancer and melanoma, according to proponents.

The school district tested 10 areas at Malibu High School and Juan Cabrillo Elementary School for PCBs. All 10 tested positive. The results from one classroom represented the highest PCB level ever nationally recorded in a school at 570,000 ppm. The legal threshold is within 50 ppm. Despite this evidence, instead of conducting more testing, the District stopped testing, even in identical and adjacent classrooms; even with identical and adjacent windows, the proponents claim.

“We continue to follow all EPA guidelines regarding PCBs at Malibu High School and Juan Cabrillo ES,” SMMUSD said, citing letters from the EPA that state that the issue has been addressed “by the District in a manner that protects public health.”

“The district is spending millions and millions of dollars more than it would cost to simply remove these toxic chemicals banned by Congress,” deNicola said.  “These are tax dollars that should be spent on books and teachers, not lawyers to cover up PCB contamination.”

Parent and Malibu resident Cindy Crawford offered to pay for further testing, but the district refused, according to law suit proponents.

America Unites for Kids is a non-profit parent organization, advocating in collaboration with scientists with expertise in toxic chemicals, that is dedicated to removing toxic PCBs from schools. Our work started in Malibu because this is where we are raising our children, but the PCB crisis and our cause are national in scope with up to 20 million students and teachers exposed daily.