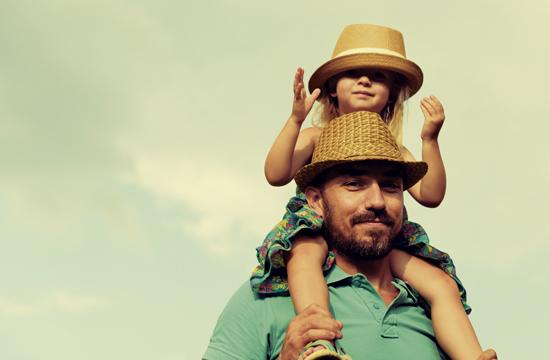 June 19 is coming up. And it’s a special day to boot. Is it your significant other’s birthday? Your anniversary? National olive day? Nope, it’s Father’s Day. Actually, that last one’s true, but Father’s Day is more important than olives. And I’m guessing you’re sitting there thinking, “Oh, I forgot to do something for Father’s Day again.” Believe me, I’ve forgotten multiple times in my 22 years on this planet, and I’ll probably forget many more times until I’m a dad myself, if that should happen. But fear not, for we here at the Santa Monica Mirror have some solutions for what to do when you forget about your dad.

For starters, do not get him a tie. I’ve made this mistake multiple times as a child, and it caused my old man to be disappointed in me. There are better, more inspired, on the nose gift ideas out there. Ideas can include a nice bottle of whiskey or wine, but if you happen to be under the age of twenty-one, you’ll have to do something more… legal. Besides, alcohol can be bought any time of year. This is the one time your dad is in the spotlight as a parent. You want to make him feel special right? Well, here are five gift ideas that can make dad feel special, because it’s an experience, rather than an object.

Take him to a nice meal.

If there is anything that is universal among humans, it is food. A good meal can make even the grumpiest person’s face light up with joy. Take your dad to a good brunch, or out to a nice dinner. As for the type of meal? That’s up to you, you know your dad best.

Take him to a movie.

One advantage that Father’s Day has over its counterpart is that summer movies are in full swing. The blockbusters are coming out week after week, and I’m sure dad will enjoy seeing some action on the big screen. If you happen to have a dad that was alive during the 1970s, I’d recommend “The Nice Guys,” starring Ryan Gosling and Russell Crowe. It’s criminally under box office profits by the general public. Hopefully it will give your dad a good bit of nostalgia for the buddy cop films of the 1970s and 80s.

Take him to a sports game.

This one is hard to pull off this close to the day itself, but The Dodgers are playing the Milwaukee Brewers at 1:10 p.m. at Dodger Stadium. If you happen to be rich, or a time traveler, buying from a scalper or online isn’t that bad of an idea, but if you want to see some baseball and don’t want to pay for it, I’d recommend finding a little league team to watch. This may seem off the cuff, but little league teams are kind of hilarious to watch slip and fumble all over the field. Bring some refreshments and watch other people’s kids try their hardest to play the great American sport.

Take him to a comedy show.

People love to laugh. Which is kind of obvious if you think about that statement closely. That being the case, make dad laugh! Comedy is literally everywhere. Be it improv or stand-up, you can find comedy, both professional and open mics, on thecomedybureau.com, which gives you a timestamp of every comedy show in the city.

Sometimes dads don’t want to do anything. And that’s okay. Your dad might be content to stay in, crack a beer, and watch the game. And do it with him! Or not, it depends on how misanthropic your dad is, but if it’s his prerogative, indulge it.

With all this being said, it’s important to note that preferences vary from dad to dad. But if you ask him what he wants, and he gives you a straight answer, roll with it. We here at

The Mirror wish you a happy Father’s Day, and wonderful experiences.

wish you a happy Father’s Day, and wonderful experiences.