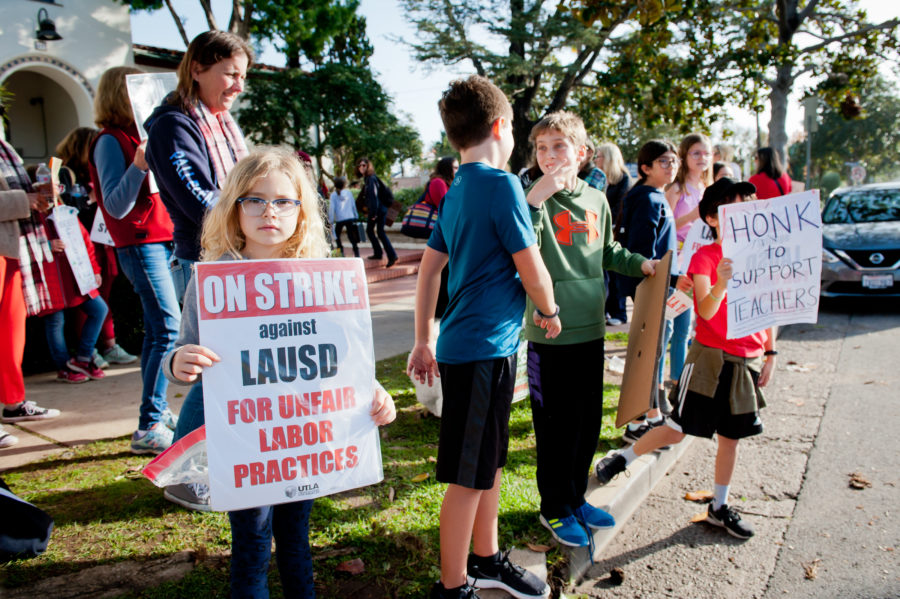 Agreement reached after a week of striking.

On January 14, they took to the picket lines in the first strike to affect LA schools in 30 years. Over a week later, United Teachers Los Angeles (UTLA), which represents over 30,000 educators, and LAUSD reached a historic agreement that not only benefits educators but also 50,000 students throughout Los Angeles.

UTLA President Alex Caputo- Pearl released a statement regarding the agreement and end to the strike. “For too long teachers have lived with a hard truth to tell- that for years our students were being starved of the resources they need,” he begins. “Our expectations were fundamentally raised by this strike. Together we said we deserve better, our students deserve better. We must keep our expectations high and not let go of this moment, because the next struggle is right around the corner.”

The terms of the landmark agreement include a 6 percent salary increase for educators, reduced class sizes in grades 4 through 12, increased nursing and library services, and additional counselors for middle and high schools. Other points in the agreement include a commitment to reduce testing by 50 percent, expand green space and support for immigrant families. LAUSD also agreed to provide more opportunities for collaboration with UTLA.

11th District Los Angeles City Councilmember Mike Bonin who represents much of West L.A. also released a statement praising everyone involved in the agreement. “I am grateful and excited that with Mayor Garcetti’s leadership, UTLA and LAUSD have reached an agreement to end the strike and return the students and teachers to the classrooms.” Bonin continues, “The past week has drawn unprecedented attention to the state of public education in Los Angeles, and I hope has reinvested all of us, from individual neighborhoods all the way to Sacramento, in being part of its success.”

LAUSD Superintendent Austin Beutner feels hopeful that the agreement represents a shift into a positive direction. “Today marks a new chapter in public education for Los Angeles Unified. Public education is the ultimate labor-management collaborative and we are committed to working together to make sure every student gets a great education.”

In a press conference held at City Hall following the agreement, Los Angeles Mayor Eric Garcetti spoke of the importance of public education to the city of Los Angeles. “All of us have a huge stake in our school. It represents the future, not only of this city but in many ways our core values, who we are, what we see in our children, and what sort of future city we want to have.” Garcetti continues, “We’ve seen over the last few weeks, the way that this city has rallied around public education. Quite frankly, it’s been breathtaking. It’s been inspiring to see. And for a city that embraced the idea that public education matters, the children matter, the teachers matter, today is a day full of good news.”

Teachers returned to school on January 23, many with the confidence that their voices
mattered, their concerns were heard and the impact of their actions will have a positive effect on teachers and students alike for years to come.