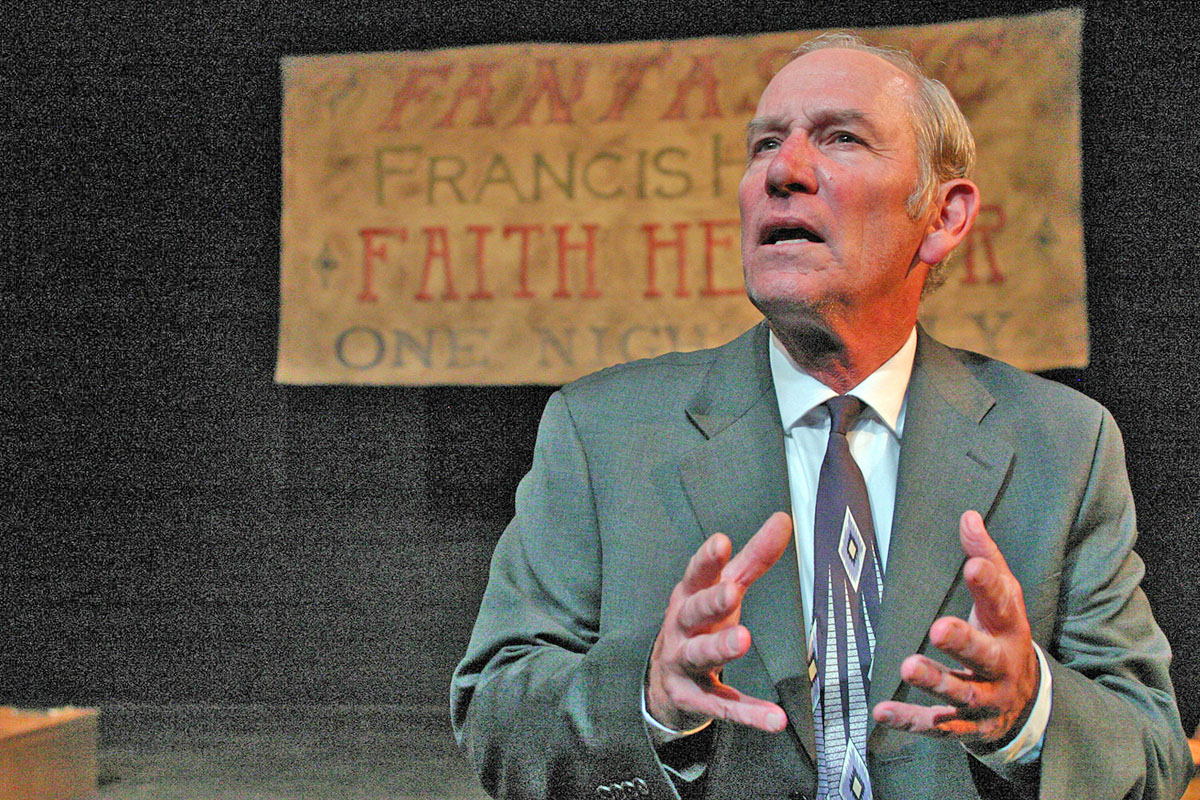 You can bet your theatrical entertainment dollar that if Ron Sossi is the director of a play at his Odyssey Theatre Ensemble, which is celebrating its 50th Anniversary, you are in for a fascinating, unique, and provocative piece of theatre. I can assure you that his production of “Faith Healer,” written by Irish playwright Brian Friel, who is considered one of Ireland’s most famous writers, will keep you fully engaged.  This gifted writer has been compared to Anton Chekov in his ability to draw characters possessing the deep, varied spirit of the human experience, infusing them with myriad emotions.  He has his place in that coveted group of famous Irish writers including, Brendan Behan, Colm Tóibín, Frank McGuinness, George Bernard Shaw, James Plunkett, Oscar Wilde, Samuel Beckett, Seán O’Casey, W. B. Yeats, and George Bernard Shaw.  His writing has also been compared to such esteemed American playwrights as Arthur Miller, Harold Pinter, and Tennessee Williams.  So, you may have guessed by now, that this is an exquisitely written play that uses the most beautiful poetic language.

“Faith Healer” is not what would be referred to as a traditional play where the characters interact with each other and strive to overcome obstacles they face in their pursuit of attaining their desired goals.  This is, instead, an evening of four monologues performed by three outstanding actors – Paul Norwood as Francis Hardy or Frank the faith healer, Grace his suffering wife played by Diana Cignoni, and Teddy, Frank’s manager brought playfully to life by Ron Bottitta.  Under Sossi’s surgical direction, coupled with Friel’s graceful narrative, each actor breaks the fourth wall and talks directly to the audience for around 45 minutes. Their characters tell the story from his or her personal perspective about the relationship with the other two characters through the prism of their individual memories each, actor giving a tour de force performance.  Rashomon would be a good reference point.

Clearly in an agitated state, the opening monologue is delivered by Frank, who in order to pull himself together, recites in rapid succession, a long list of obscure Scottish, Welsh, Irish, or English towns that he visited. He is a self-styled alcoholic faith healer who travelled to these remote towns, where he performed his healing in run down church halls.  He is tormented with the notion that he might be a total fraud, “Am I just a con man?”   He adds, “Drunk or sober, I always knew when something was going to happen” and remembers the time he actually straightened a man’s crooked finger and restored sight to a blind person.  Frank ruminates about his life in an almost stream of consciousness and talks about how he missed his mother’s death by only an hour, and refers to his long-suffering wife as his mistress.  The dialogue emanates from a deeply organic place with Norwood’s performance servicing the material with rapid, mercurial, almost dizzying transitions.  This tormented man rambles on about his relationship with both his wife and Teddy, his manager.   He is deeply troubled.  He is deeply tormented.  He is lost.

Grace is next up.  She is disheveled and clearly in a highly stressed state.  She, like the other two actors, has crawled deep inside of her character and like Frank keeps trying to pull herself together by having another drink and lighting a cigarette.  She tells her version of her relationship with her husband and how she stuck with him no matter what.  She was virtually his cheerleader and despite how he treated her, she stood by her man, until she couldn’t.  Grace talks fondly about Teddy and how he helped with her stillborn baby.  Dressed in what looks like a nightgown over which she wears a raincoat, which she constantly clutches, almost trying to keep anything from getting in.  She, too, is in a sorry mental state and when she feels like she’s losing it, like Frank, recites the names of obscure Welsh, English, Irish, or Scottish towns in rapid succession.  She tells of how her husband kept changing her name and her birthplace, which added to her confusion.  She happily remembers the time Frank actually cured ten people in one night after which a grateful person left a wallet for them full of money.  They celebrated for four days in Cardiff.  Finally, at the end of her tether, she remembers saying to Frank, “Do not follow me.  I love you.  I’m leaving you.”

Following a brief intermission, we get to meet Ron Bottitta’s Teddy who lightens up the proceedings.   Over the years, he’s managed a number of different acts including a Whippet who played the bagpipes and a lady with 120 pigeons.  He makes it clear that you shouldn’t mix friends and business.  Teddy begins to tell his version of his relationship with Grace and Frank, which also reveals his tender feelings toward the abused wife.  He shares a memory of watching Grace give birth in the back of the van and what happened after the baby was stillborn.  He also makes reference to how many times he watched Frank actually heal people.  There is some comic relief as being a bit worn out, he wants to represent something simple like, “A whistling dolphin.”  By the end of the fourth monologue, delivered by Frank, one can put together a picture of what life was like for three people whose lives were intricately bound to each other.

The entire production is performed on a bare bones stage with a bunch of empty wooden chairs where people coming to get healed would sit, a couple of tables, and a phonograph with a recording of “The Way You Look Tonight,” which is played a few times throughout the production.   Rashomon, as applies to this production, is not a new theatrical device.  However, I dare say you would be hard pressed to find a more exciting use of this genre than what transpires on that stage as the nuanced

performances given by these three mega-talented actors are nothing short of masterful.

(Call the Box Office For:

Heat advisory in effect until 5 p.m. Friday By Sam Catanzaro The National Weather Service (NWS) has declared a heat...

Clinic celebrating 50 year anniversary by asking the community to participate in volunteer opportunities By Kerry Slater As part of...

Fatal traffic collision occurs Tuesday morning By Sam Catanzaro A woman was fatally struck by a vehicle while crossing Pico... 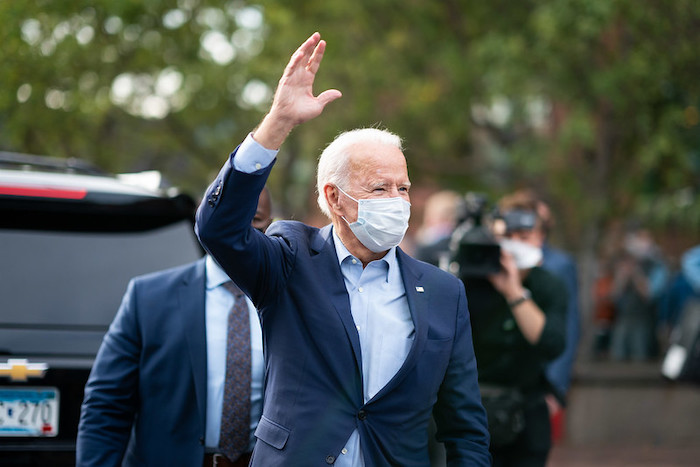 Survey breaks down donations to Biden campaign by zip code By Sam Catanzaro Residents of a Santa Monica neighborhood have... 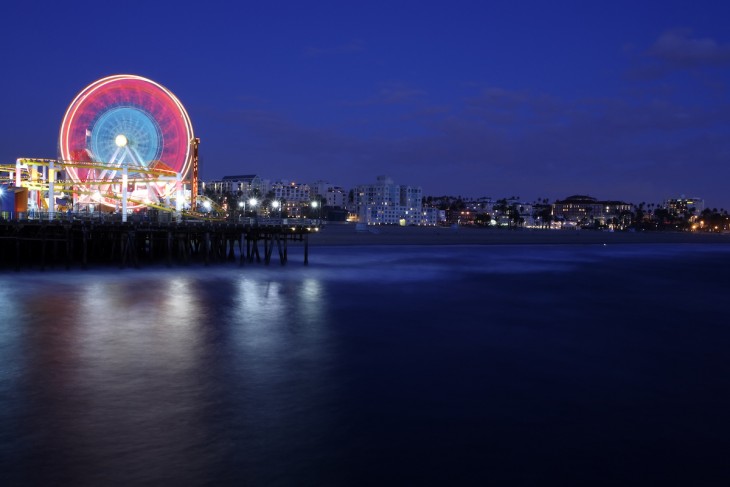