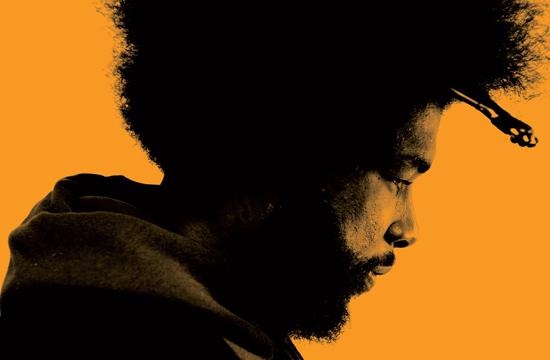 The musician, DJ, and record producer Questlove will appear for a rare and highly anticipated Westside performance at one of Santa Monica’s newest venues, The Central Social Aid and Pleasure Club on Sunday, Oct. 17.

Best known for his involvement in the Roots, Questlove is the stage name for the Philadelphia-born Ahmir Khalib Thompson. Having achieved acclaim with a Grammy Award for the Best Rap Performance by a Duo or Group for “You Got Me,” The Roots currently appear as the band for the talk show, late Night with Jimmy Fallon.

Questlove will perform a DJ set at The Central S.A.P.C., located at 1348 14th Street in Santa Monica, which opened this August as a fusion of music and benefit event venue. The intention of the Social Aid and Pleasure Club is to foster community, unity, and charity through good music and non-profit events.

“My anticipation is that he is really going to mix it up and run the gamut,” said Central co-owner Rory Lovett. “I know that he is a extremely talented DJ and wouldn’t expect one type of genre.”

Lovett said this may not only be an exclusive performance, but one of the first Westside sets that Questlove has played. His appearance is a statement of what we are trying to do, Lovett said, “We are so excited to bring his energy and vibe to the Westside.”

The club is located at 14th Street and Santa Monica Boulevard, a recent Bermuda triangle for venues after The Parlor, a sports bar, shut down from noise conflicts with residential neighbors and The Dakota Lounge, a music venue, burnt down. Co-owner Rory Lovett said Central hopes to fill the void of the local watering hole and music venue.

The year-long controversy surrounding The Parlor came about from local residents filing noise complaints that brought pressure down from the City Council. The bar closed in August amid outrage from neighborhood organizations and a bevy of City citations.

Lovett said he and his business partners took great strides to mitigate noise, including investing in expensive sound-proofing. Contrary to what The Parlor may have done, Lovett said, “We want to endear ourselves to the community, not alienate.”

The Central S.A.P.C. is the brainchild of Todd Christiansen, the owner of The Mint in West L.A., Casey Phillips of the L.A. entertainment consulting firm The Force Agency, and general manager Rory Lovett.

The space aims to be a meeting center for progressive culture, social activist, and globally conscious organizations to hold meetings and benefits. Social awareness is linked to indie music and the emerging electronic scene from the Westside of Los Angeles.

The Central is mirrored after Social Aid and Pleasure clubs that originated during the 1800s in New Orleans, a source of pride among African Americans. These organizations formed “benevolent societies” from dues-paying members to cover financial hardships for anything from heath care to funerals.

The event space boast two distinct venues, a “DJ lounge” complete with brick fireplace and stainless steel fixtures, and a second music hall with a stage large enough to hold a full band. Open every day, one rare highlight of the Central is a parking lot.

He said the venue hopes to offer a space for locals that are not only aware of their community but of world issues.

Lovett said Central will boast live music as well as separate benefits and meetings for community organizations or nonprofits. Any given night a candidate running for city office may be holding an intimate meeting to spread their campaign or people may be gathering to raise funds for the Gulf Coast. He said the response has been overwhelming so far and thanks to offering the venue free of charge to run these type of community events there has been a swell of responses.

To learn more about The Central Social Aid and Pleasure Club events or for ticketing for the Questlove show, visit centralsapc.com. Tickets are $15 in advance or $18 at the door.

By mirrormmg October 13, 2010
in Life and Arts
Related Posts