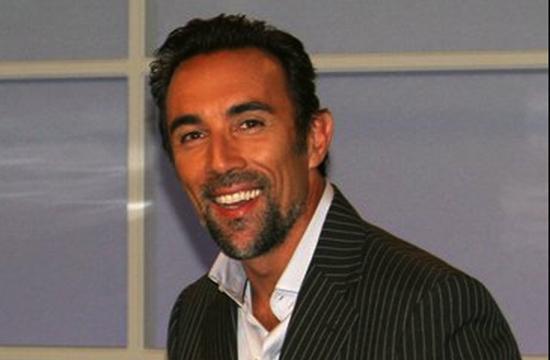 Actor Francesco Quinn, the son of Oscar-winning actor Anthony Quinn, died of an apparent heart attack on Aug.5 at Santa Monica-UCLA Medical Center. The Italian-born actor was 48. A memorial service for Quinn will be held Thursday, Aug. 11, at 9:15 a.m. at St. Monica’s Catholic Church, 725 California Avenue, in Santa Monica.

Francesco Quinn was born in Rome, Italy in 1963, to Anthony Quinn and actress Iolanda Addolon. The elder Quinn was a giant in the film industry, with over two hundred films to his credit as well as the two Academy Awards. Despite the challenges that might have come from being the son of this icon, however, Francesco struck out on his own, although he would appear in several projects with his father.

After studying acting at the Greenwich Village HB Studio in New York City, Quinn began his movie career with a role in the 1985 mini-series “Quo Vadis?” This was followed by his star-making role in Oliver Stone’s “Platoon,” the Oscar-winning Best Picture of 1986. Francesco’s performance as Rhah, a drug dealer who steals heroin from the bodies of dead Vietnamese, received critical praise although he did not win an award himself.

His film and TV roles included “Priceless Beauty,” “The Old Man and the Sea” and “Stradivari” (in both of which he acted along with his father), “Murder Blues,” “Deadly Rivals,” “Top Dog,” “Red Shoe Diaries,” and a lengthy stint as Tomas del Cerro on the CBS soap “The Young and the Restless” for which he was nominated for an American Latino Media Arts Award.

Although he was of Latin-Italian heritage, Quinn was often cast as Middle Eastern characters, notably as terrorist Syed Ali on the Fox series “24.”

At the time of his death, Quinn had been working on the feature film “Buttermilk Sky” which is due to be released next year. His last role prior to his death was the voice of Dino, the red Ferrari, in “Transformers: Dark of the Moon.”

Quinn’s interests included a love of bicycles, scooters, and motorbikes.

Francesco Quinn is survived by his wife Valentina Castellani-Quinn, his twin children Max and Michaela, his daughter Sofia by his ex-wife Julie McCann, his brothers Lorenzo, Alex, and Dannyy Quinn and his sister Valentina Quinn.

He also leaves a foundation, the Francesco Quinn Legacy, dedicated to helping troubled youth find opportunities in the arts.