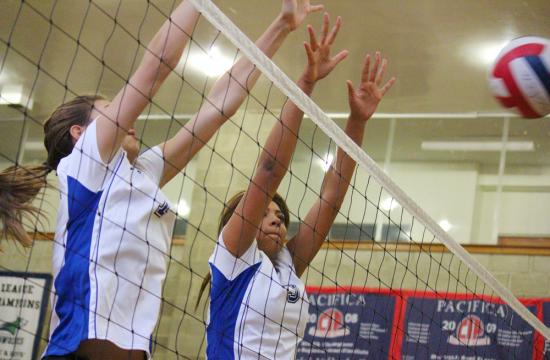 Pacifica Christian (10-0) remains undefeated in CIF Division 4A play with their latest victory over the Glendale Adventist Cougars (4-5) Tuesday afternoon, and the win places them 3-0 in the Liberty League.

The Seawolves have had only one neutral game loss that was against Arcadia but it does not count against their record since only one set was played between the two schools and CIF rules mandate that a minimum of three sets be played for the game to count.

Billy Allen, Women’s Volleyball Head Coach of Pacifica Christian, thought that the Seawolves played solidly against the Cougars in a game that afforded the Seawolves the opportunity to start many of their second stringers who easily won all three sets 25-7, 25-5, 25-7.

“We served tough and made very few errors,” said Allen. “It was nice to see some of the non-starters who have been working hard in practice all year step in and play well. Juniors Kayley Glenney and Mellat Yilma both looked good and Shanon Volpis has had some monster blocks in the last two games.”