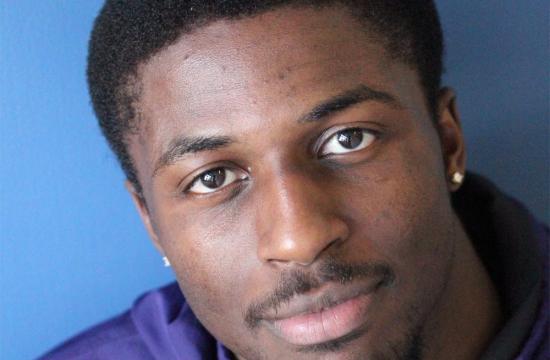 Corsairs basketball sensation David Nwaba, a 6-4 forward, will be attending Cal Poly San Luis Obispo on a full athletic scholarship after signing a letter of intent to play on the Mustangs basketball program earlier this month.

Santa Monica College basketball head coach Jerome Jenkins believes that the Big West is where Nwaba belongs and that his presence will be felt as soon as he steps onto the court.

“I think he is an unbelievable athlete and that Cal Poly got a great steal,” said Jenkins.  “I think he will be a big impact in the Big West and I am just happy for him.  He’s just another young man moving on from the Santa Monica program to the four year level.”

Nwaba had previously been named as the Western State South basketball MVP, first team all-conference, and first team all-state in February after leading the Corsairs to a respected second place conference finish and a 15-9 overall record for the 2012-2013 community college basketball season.

Nwaba said that everybody on the Corsairs basketball team played their roles and had a great season despite not making the playoffs.

“I think I put up the numbers in comparison to other people in the conference but I just played my part and did what the coach wanted me to do,” said Nwaba.  “And although it took a while, we still built up our chemistry and played as a team.  So it was a good season.”

Jenkins said that Nwaba earned his scholarship and deserved to go to Cal Poly even though he only played one year of basketball with the Corsairs.

“He garnished all the accolades he could get,” said Jenkins.  “So we are very pleased at his overall success.”

In 22 games with the Corsairs, Nwaba netted an average of 20.5 points per game with 8.8 rebounds shooting 55.3% from the field.

“Seeing that we had an all freshman team, I think David was a big key to our success,” said Jenkins.

Nwaba said that he knew he was going to lead the Corsairs coming into the 2012-2013 basketball season.

“We were a young team to be sure but I knew I had more experience then everyone,” said Nwaba.  “Having one year as a redshirt freshman added a little bit of experience over everyone.”

Nwaba initially signed with Hawaii Pacific but his athletic clock didn’t start due to his redshirt status and he didn’t begin playing college basketball until he came and joined the Corsairs for the 2012-2013 basketball season.

Nwaba said that he chose to play with the Corsairs even though he could have played for other local schools in the area.

“I was actually considering other places but I thought that there was no point in leaving home,” said Nwaba.  “And Jenkins has good looks from colleges and knows coaches so that’s why I chose to stay.”

Jenkins met Nwaba at a tournament in Long Beach while Nwaba was sitting in the stands waiting to play in an All-Star game after playing four seasons with University High School in Los Angeles.

“I saw him at an All-Star game in Long Beach and walked up and introduced myself,” said Jenkins.  “He was there to be recruited.  Obviously I didn’t get him right away but we got him a year later.”

Now that Nwaba is leaving to go play in the Big West Conference, Jenkins said that he cherished the time he has had to coach Nwaba.

“He has been a pleasant young man to coach,” said Jenkins.  “He never gave me any problems.”

Nwaba said that he enjoyed his time at Santa Monica College but thinks that it is time for him to move on with the next phase of his life.

“SMC was a good experience for me,” said Nwaba.  “It was close to home and where I met all my teammates and friends, but this is just the first step added onto the next level.  It was a good stop and I am happy to experience this and be a Corsair.”