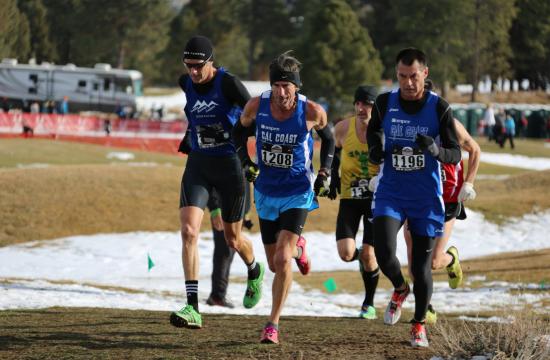 Crossroads cross country coach David Olds still have a few tread marks left in those tires. He proved as much when he competed at the recent USATF National Club Cross Country Championships in Bend, Oregon, an annual meet that features the top cross country clubs and runners from all over the nation.

More than 100 teams and over 1,200 participants converged on Bend to see who would be the best at their age bracket is. Olds, representing the Cal Coast Track Club, competed in the Masters Men’s 10k race, where he finished 2nd overall in the men’s 50+ race.

Olds was beaten out for the top spot by teammate Jeff Ambos, who finished the race with a time of 36 minutes and 41 seconds. Olds wasn’t too far from his club buddy, hitting the finish line in 36 minutes and 56 seconds. Led by Ambos and Olds, the Cal Coast Track Club took first place overall to claim the national championships.

Olds and his teammates was awarded prize money and medals for their achievements. Olds was part of a six man team competing at the national championships.